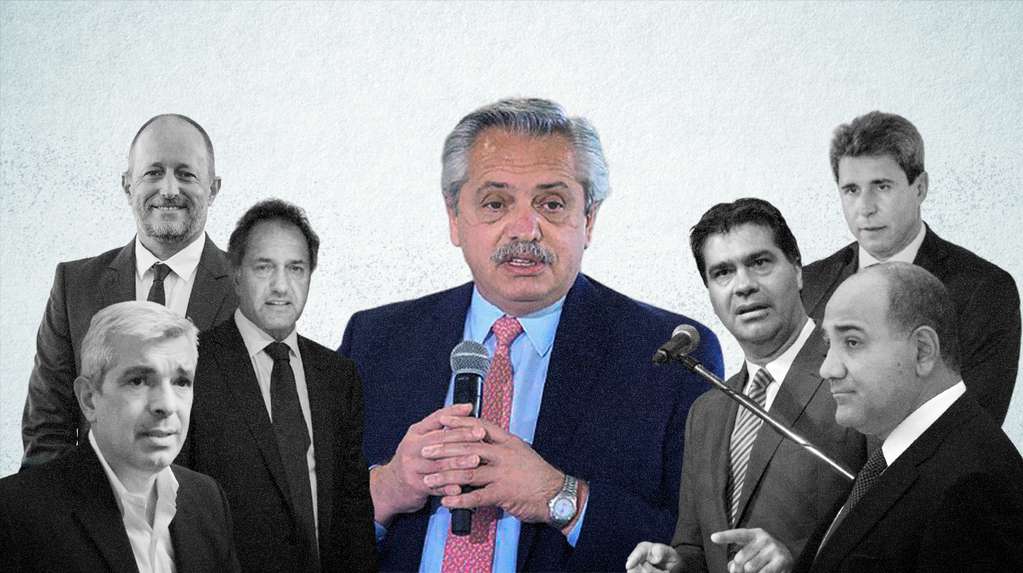 New Cabinet: one by one, the names that Alberto Fernández negotiates to form the Frente de Todos

President Alberto Fernandez seeks to decompress the internal crisis of the Government with the departure of its current Chief of Staff Santiago Cafiero, the main one pointed out by Cristina Kirchner, after the defeat in the PASO. After two days of silence by the sector related to the vice president, the resignation of the Minister of the Interior, Eduardo “Wado” De Pedro It unleashed a conflict that escalated to the limit, when the leader of the Frente de Todos made public her discomfort in a public letter with harsh criticism of the head of state’s red circle.

Fernández, who refused in the first hours to make changes in his environment, is now studying some names to replace Cafiero – whom the head of the Senate would have preferred as a candidate for deputy, instead of Victoria Tolosa Paz– and other officials to bring peace of mind to his political partner to reach the Rivadavia chair.

As it transpired, the new cabinet would be announced this Monday, as requested by the former president in the message she published on social networks.

Among the political figures of Peronism that are shuffled, at this time, in the office of Casa Rosada to form the “cabinet of balance” are:

The governor of Chaco, Jorge Capitanich, is an accountant and politician. He returned to assume as provincial president on December 10, 2019, a position he had already held in the periods 2007-2011 and 2011-2015. It was Cristina Kirchner’s Chief of Staff from 2013 to 2015. Among his interventions in that role, the sequence in which he took a Clarín newspaper and tore its pages stands out. “Everything is rubbish and lies. It is good that the Argentine people know who is lying to them, ”he said after breaking the morning.

The anger at Capitanich, who has a long career in public office, had been sparked by the newspaper’s coverage of the Nisman case. “This is false because it is false,” he insisted angrily.

Martín Insaurralde, the mayor ally of Máximo Kirchner who sounds for the new Cabinet of Alberto Fernández

The mayor of Lomas de Zamora declined, in 2015, his candidacy for governor of the Frente para la Victoria de Cristina Kirchner. At that time, Daniel Scioli, who was running for president, celebrated the decision with the same phrase that appeared this Friday in the vicinity of La Rosada: “Martín prioritized the collective and lead this project to victory. As Perón said: ‘First comes the homeland; then the movement and finally the men ‘”.

Finally, Scioli lost to Mauricio Macri and María Eugenia Vidal won, in an unprecedented election, in the province of Buenos Aires. Insaurralde, on the other hand, was again elected as communal chief, with a resounding victory.

He was the first political leader to contract coronavirus. He was hospitalized, but managed to overcome the disease.

A native of Pocito, Sergio Uñac he is the reelected governor of the province of San Juan since 2015. Before that, he held the position of lieutenant governor for four years. In the midst of the storm that ignited the crisis in the Government, Uñac visited Alberto Fernández at the Olivos residence and gave him his support. Press Office of the Presidency of the Nation released the photograph of the meeting.

With the election of Uñac, who is a lawyer and has three children, the Government would seek to give political volume to the relaunch of the new cabinet that the vice president demanded. However, the San Juan had already submitted his refusal.

The 64-year-old ex-motonaut was the main protagonist of the Kirchnerist defeat in 2015. Although he was not to the liking of most of the militants of La Cámpora, Cristina Kirchner chose him to face Cambiemos, the nascent national opposition force led by Macri. Daniel scioli came to politics from the hand of the former president Carlos Menem. Currently, he is the Argentine ambassador to Brazil. He returned to the Government at the hands of Alberto Fernández, after the electoral defeat and starring in a home scandal with his ex-wife Carina Rabolinni and his current partner, Gisela Berger.

Scioli, received at UADE, was Director of Elextrolux. His political roadmap begins in 1997, when he was elected deputy. In 2003, he went from Secretary of Tourism and Sports to Vice President of the Nation. But his strongest step was at the head of the province of Buenos Aires: he was governor from 2007 to 2015. He was also president of the PJ between 2009 and 2010.

In 2020, he left his seat in the Lower House to put on the ambassador’s suit in the neighboring country.

Another strong man of Peronism: Julian Dominguez, lawyer and former mayor of Chacabuco was part of the governments of Menem, Eduardo Duhalde and Cristina Kirchner. He was also a member of the governor’s cabinet Carlos Ruckauf and a key piece of Kirchnerism in Deputies. He was also appointed as Minister of Agriculture, Livestock and Fisheries by Cristina Kirchner, after the “no positive” of Julio Cobos due to the conflict with the countryside over the 125.

“Politicians do not understand the Argentine countryside,” he said in August 2021 during IDEA Agroindustria, as a self-criticism. He is currently legal advisor to the Union of Mechanics and Allied Automotive Transport (SMATA).

The governor of Tucumán, Juan Manzur, was proposed by Cristina Kirchner in the letter in which he lashed out at Alberto Fernández. Manzur, who was its Minister of Health, was another of the governors who supported the president in Olivos, in the midst of the internal crisis. The list presented by the provincial president in the PASO overwhelmingly beat his vice, Osvaldo Jaldo. Even in Tucumán the Frente de Todos was the most voted force with 49.58%, a very attractive result for the electoral purposes of the vice president and for some mayors of the suburbs who approached the leader.

In case of yielding to the request of the two leaders, Manzur would leave the governorship of his province in the hands of Jaldo, his main political opponent, a striking similarity to the current electoral scenario.

Eduardo Valdés, the friend of Pope Francis who made Néstor Kirchner and Alberto Fernández meet, could be part of the new Cabinet

The book Nestor, the man who changed everything, by Jorge Devoto, has a chapter written by Alberto Fernandez which begins by remembering that day in 1996 when he had his first meeting with the then governor of Santa Cruz: “‘Néstor Kirchner wants to meet you,’ Eduardo Valdés told me”.

Valdés is an old friend of the President and a long-time justicialist militant: his political career began in 1989, when he worked for the Buenos Aires city government headed by Carlos Grosso. He is currently a national deputy. In addition, appointed by Cristina Kirchner, he served as Argentina’s ambassador to El vaticano between 2014 and 2015. Maintains a friendship with Pope Francis.

The President received a visit at the Casa Rosada that sparked new speculation. Alberto Iribarne, Argentine Ambassador to Uruguay and former Minister of Justice of Néstor Kirchner, arrived at the Government House this Friday around 2 p.m.

Iribarne, 71, maintains a long political relationship with Alberto Fernández and integrates the nucleus of relatives of the president, based on the Buenos Aires Peronism. In 2008, Iribarne distanced himself from Kirchnerism. At the time he declared that “the cycle of Néstor Kirchner has concluded” and approached federal Peronism.

The names of the former minister also emerged Agustin Rossi. Something that drew attention due to his abrupt and recent exit from the Cabinet, after having stood up to Alberto and Cristina when they told him not to participate in the Peronist intern of Santa Fe. However, his loyalty and experience weigh heavily.

He resigned less than two months ago and could return: Agustín Rossi, another of the names in dance to join the new Cabinet of Alberto Fernández

He drew attention for his abrupt and recent departure from the Cabinet, but in the corridors of the Casa Rosada the possible return of Agustin Rossi.

The former defense minister (he resigned on July 29) disobeyed Alberto Fernández and Cristina Kirchner when they asked him not to participate in the Peronist intern in Santa Fe. However, his loyalty and experience weigh heavily.