New feature on Twitter that promises to bring a queue: Negative votes 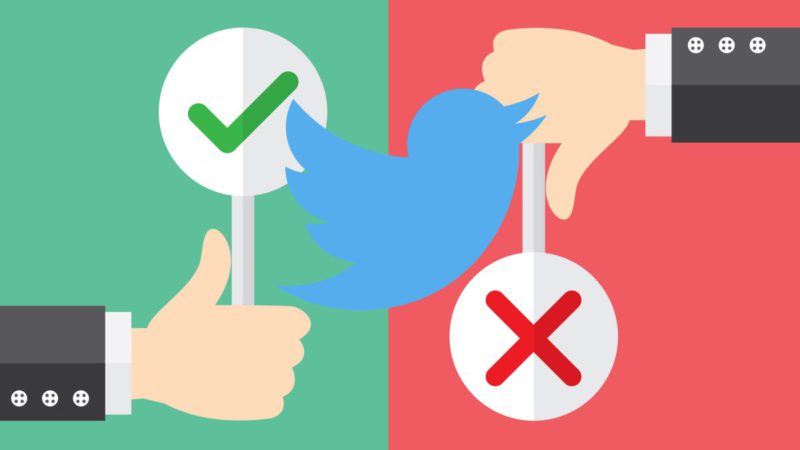 Do you remember the one that was bundled in 2015 with the first trailer for Ghostbusters? That video broke negative vote records. Now imagine that this option to indicate that a content you do not like is available on the social network most prone to controversy … Well, as is, because Twitter is precisely testing a system to rate tweets with a ‘I don’t like’.

Twitter has started testing new options on iOS for users to vote on the relevance of a response with new interaction buttons that include one for indicate they have not been convinced, similar to a ‘I don’t like’ button despite the fact that the company assures that it is not.

Designs are shown in pairs: Two of them include two circles, one with a positive sign (+) and one with a negative sign (-). Another pair shows how positive the heart of Like and keep the circle with the negative sign, while the third pair consists of the thumb voting: up if it is relevant and down if it is not – exactly the same as on other networks like YouTube.

No, it’s not a dislike

According to Twitter, this is “Just a test for research at this time“, And the button itself to express that a content is not relevant to you”not a dislike button”. The company details that in the metrics of the ‘tweets’ negative votes will not be displayed publicly -only you will see them-, while the positives will appear in the ‘Like’ count. And of course, the controversy has already jumped.

And although Twitter qualifies and re-qualifies that it is not a ‘dislike’ button, the voices against have already predicted that, if in the end these new icons do reach the final version of Twitter, they could be used the same as they have been used in networks such as YouTube, where campaigns have been organized to harass or boycott content through negative votes.

If in the end it is implanted, may the tweeting god catch us confessed …