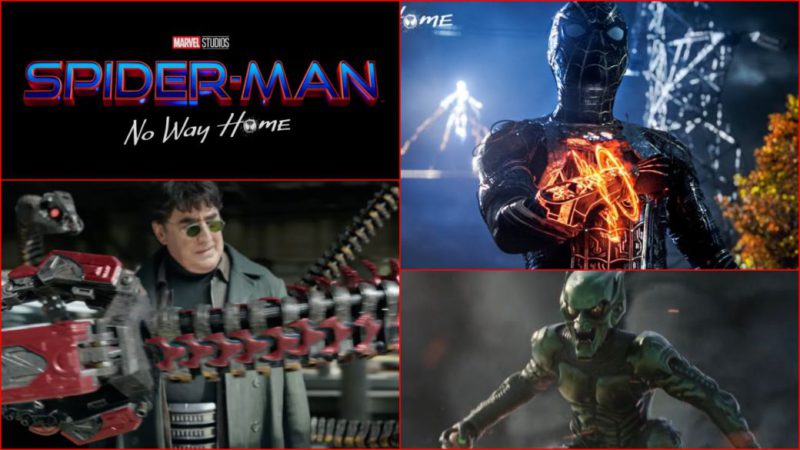 Marvel Studios and Sony Pictures have published at dawn on November 17 the long-awaited second official trailer for Spider-Man: No Way Home, the third movie of the tremamuros starring Tom Holland in the Marvel Cinematic Universe. Three minutes to one of the most exciting trailers we can remember of this character in Marvel Studios. We go on to comment on everything, with spoilers.

Spider-Man: No Way Home shakes up the Marvel universe: Maguire and Garfield are here

The second trailer of Spider-Man: No Way Home has not left anyone indifferent. Epic, action, feeling, memory and drama for a film that will be released this December 17 in cinemas around the world; called to become one of the biggest movie hits since the pandemic began. Because the premise is simple, but resolving the conflict will not be so.

After the end of Spider-Man: Far From Home (2019), the identity of the spider man was revealed: he is unmasked. This makes it impossible for Parker (Holland) to separate normal life with the superhero, with the risks that it entails. It is for this reason that you will ask the Doctor StrangeBut reversing the situation will involve even more dangers; in particular, the greatest that the young Spider-Man of the Marvel Cinematic Universe has ever faced.

Because Strange’s experiment has not gone well and the multiverse has generated somewhat chaotic situations. Thus, we see Spider-Man in a black suit, a confrontation against Doctor Octopus (Alfred Molina), Electro (Jaime Foxx), the Sandman, a sequence with the ever-authentic JK Simmons in the role of J.J. Jameson, a Green Goblin / Norman Osborn pumpkin and other extreme situations through interdimensional portals.

Without mention of the alleged surprises, will Tobey Maguire and Andrew Garfield appear?

We still do not know if there will finally be three Peter Parkers, thus delighting those who have been asking for months (if not years) crossover among the original film characterizations of Sam Raimi with Tobey Maguire and Marc Webb with Andrew Garfield. The multiverse can be the answer to all questions, especially seeing that we already have characters from the universe of Sam Raimi and Marc Webb represented. We have to wait to find out if we will have the dream meeting between the three equivalent wills of Spider-Man.

Last appointments with Marvel Studios before the end of 2021

We remember that since this past November 12 we can already see from Disney + at no additional cost Shang-Chi and the Legend of the Ten Rings, one of the last releases of Phase 4 together with Eternals, which has just hit theaters and from which you can already read our review. However, before the end of the year we will have two more appointments with the UCM, a series and a film: the series of Disney+ based on Eye and Hawk and Kate Bishop on November 24 and December 17 with the highly anticipated theatrical release of Spider-Man: No Way Home, written by Chris McKenna and Erik Sommers, added to a cast in which we find figures like Tom Holland, Zendaya, Benedict Cumberbatch, Marisa Tomei, Jon Favreau, and Jacob Batalon.