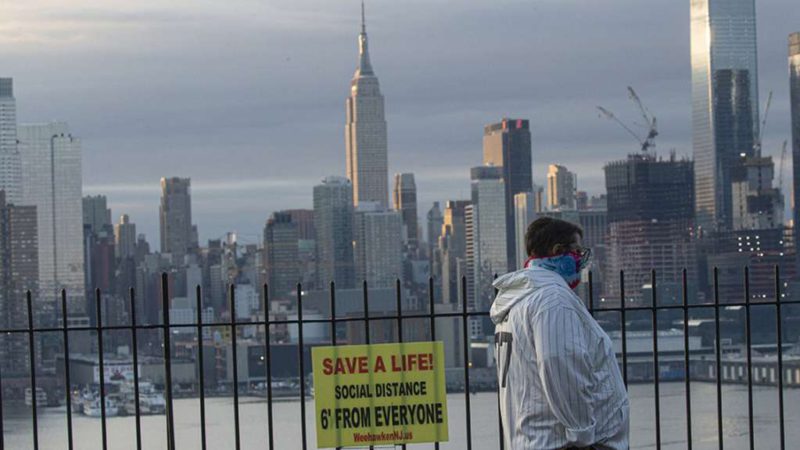 All private employers in New York City must require their workers to wear the Covid-19 vaccine since December 27.

This is one of the most radical measures on the issue of vaccines in the United States announced this Monday by the mayor of New York, Bill de Blasio.

The vaccination requirement already applies to municipal employees including teachers, police officers and firefighters. A mandate for religious and private school employees was announced last week.

Currently, you must have at least one dose of the vaccine to enter restaurants, theaters or gyms in the city. According to the new rules, the requirement is extended to have the two vaccines for all people over 12 years of age. For children between 5 and 11 years old it will be enough to have only one.

The measure is known while Covid-19 infections are increasing again in the country and the Omicron variant is gaining ground in New York and other parts of the United States.

The resolution for the private sector will take effect on December 27 and seeks to prevent an increase in cases in the holiday season and the northern winter months, the mayor said on the station’s “ Morning Joe ” program. MSNBC.

“We in New York City have decided to launch a preemptive attack and do something daring to stop the spread of COVID and the dangers it is causing us all,” said De Blasio.

What will the health pass look like? What will New York private sector workers have to present?

De Blasio, a Democrat who has only a few weeks left in office as leader of the nation’s largest city, said that by the time the measure takes effect, workers will need to present proof of having received at least one dose of the vaccine. against coronavirus.

The measure will apply to some 184,000 businesses in the city of 8.8 million people, according to a spokesman for the mayor.

Read also: Ómicron in Argentina: symptoms and measures to take to prevent the spread of this new variant of coronavirus

The New York mayor said the measure aims to prevent a spike in infections amid Christmas gatherings and as cold weather drives more people indoors, where the coronavirus is more likely to spread.

Vaccination rules in states and cities vary widely across the country. Some states resist any mandate and others require vaccines for government employees or certain sectors that are most at risk, such as doctors.

But no state has announced a broad mandate for the private sector like New York City, according to the state’s National Academy for Health Policy, a nonpartisan entity.