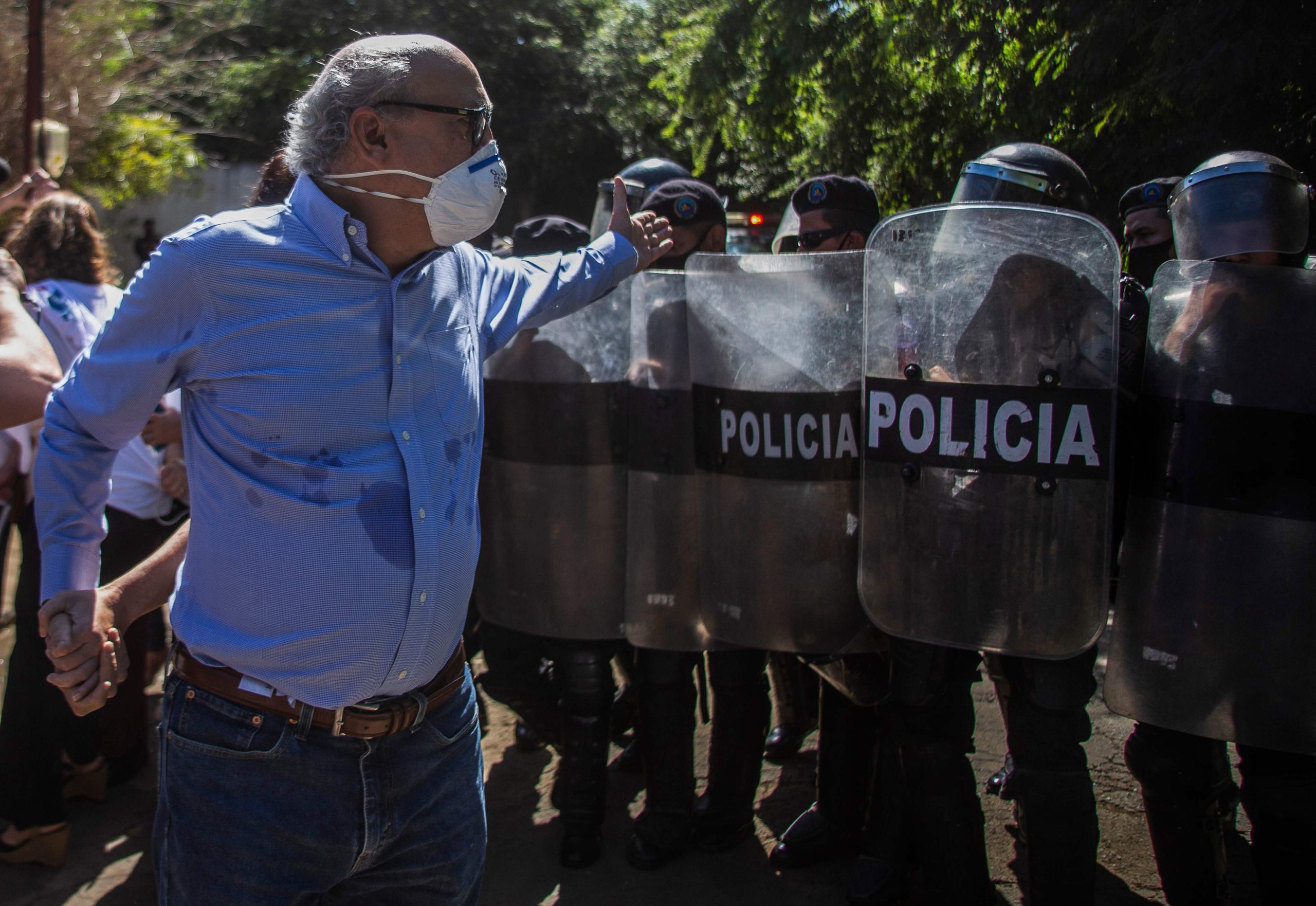 Almost a month after the government of Daniel Ortega and Rosario Murillo ordered the assault and confiscation of the magazine for the second time Confidential, the director of that publication, the renowned journalist Carlos Fernando Chamorro denounced on Monday night that a police contingent “illegally” raided his house, located in the Intermezzo del Bosque development, on the outskirts of Managua.

“No to censorship. Police troops carry out an illegal raid on my house in Intermezzo del Bosque at 8.30 PM. We demand respect for the physical integrity of my sister-in-law Amelia Elizondo, Amparo, and Alvaro, the security guard. They will not be able to silence journalism, ”Chamorro denounced through his Twitter account.

Nor the director of Confidential nor his wife, Desiré Elizondo, were in the house at the time of the police assault. The raid on Chamorro’s house is part of the repressive escalation of the Ortega-Murillo regime against opponents (including five presidential candidates), political leaders and journalists under the umbrella of a series of punitive laws approved in 2020, in the face of the uncertain general elections scheduled for next November.

At midnight this Monday, the house of journalist Miguel Mora was also raided, who retired from the job to venture into politics. Mora, who was already a political prisoner, was violently recaptured in front of his wife Verónica Chávez, and their son who suffers from a disability. The presidential candidate is accused of the alleged violation of Law 1055, used by the Government to criminalize opponents on the grounds of “treason.”

The regime has not reported on what crime they attribute to Chamorro. However, the Ortega-Murillo government pointed out the renowned journalist of alleged money laundering in a statement sent to the accredited embassies in Managua a few weeks ago. Chamorro, who recently won the Ortega y Gasset Award for his career, is linked to the accusation against his sister, the presidential candidate Cristiana Chamorro, who is accused of laundering money through the closed Violeta Barrios Foundation.

“Tonight dozens of Police are raiding my house, in Intermezzo del Bosque, on the orders of the Supreme Chief of Police. But they can never confiscate journalism. They cannot kill the ideas or the voices of independent journalism, ”Chamorro denounced. “Daniel Ortega ordered the police assault on the writing of Confidential in December 2018. All equipment was stolen and offices confiscated. A month ago, on May 20, the police assaulted the offices of Confidencial and Esta Semana for the second time, ”he added.

Director of Confidential He is the most recognized and influential journalist in Nicaragua, and it is not the first time that he has faced persecution from the Ortega-Murillos. In 2008, the regime also raided Confidential of course money laundering, but justice could never prove such a claim. In December 2018, the newsroom of that outlet was raided and confiscated after the social protests of 2018. Chamorro has become enemy number one of the Ortega-Murillo dictatorship.

“Once again journalism is under attack,” human rights defender Gonzalo Carrión alerted MRT. “In the last three weeks, in the context of the criminalization of Cristiana Chamorro, dozens of journalists have been summoned to the Public Ministry. It is a frontal attack against journalism and against anyone who exercises citizenship in Nicaragua. We repudiate the action of violence against Chamorro and emphasize that the Political Constitution does not authorize raids at night, as they have done with several detained persons. They want to terrorize to scare the families of the detainees and the people of Nicaragua who demand a change, “he added.

The violent escalation of the Sandinista regime has aroused strong international condemnation. This Monday morning, Argentina and Mexico announced that they had called their respective ambassadors in Managua for consultations to explain what they consider to be the “worrying political-legal actions carried out by the Nicaraguan government in recent days, which have put the integrity and freedom of various opposition figures ”. The decision comes a week after both Latin American powers abstained from voting on a resolution condemning Ortega within the Organization of American States (OAS), which was approved by 26 countries on the continent, which also requires the “immediate release of all political prisoners.”

Costa Rica also reported that the appointment of its new ambassador in Managua, Xinia Vargas, was slow and the diplomat was called to San José for consultations. This week the OAS permanent council is expected to present a report on the situation in Nicaragua, as does the United Nations High Commissioner for Human Rights, Michelle Bachelet.

The United States has also announced more sanctions for the Ortega government. Senator Bob Menéndez said that this Tuesday the Senate Foreign Relations Committee will approve the “Reborn Act.” This law requires specific punishments to advance the elections scheduled for November 2021 in Nicaragua. At the same time, it coordinates sanctions with Canada and the European Union; strengthens humanitarian and human rights exceptions for loans from international financial institutions; and it expands the supervision mechanisms on the loans of these institutions.