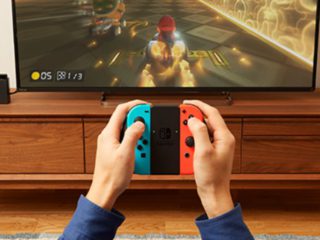 Nintendo has halted the distribution of the version 12.0.3 of the Nintendo Switch operating system. The update, released this Tuesday, June 8, remains temporarily suspended from 12:00 (CEST) noon for reasons that have not been disclosed in the statement. The official console support portal only reports the decision, not why.

Therefore, those who have a Nintendo Switch or a Nintendo Switch Lite and have updated to version 12.0.3, have nothing to fear: the firmware is installed, apparently without problems, with improvements in general system stability, according to the description of this update. However, those who have not updated their console to this version have to wait for its distribution to resume and a solution to the possible problem identified by Nintendo is given.

We await more information from Nintendo.

In regards to the last major update to the Nintendo Switch operating system, version 12.0.0 released on April 6, problems were fixed in the backup function of saving data in the cloud. For its part, version 11.0.0, published in November 2020, added new icons, incorporated Nintendo Switch Online directly into the Home and added the possibility of transferring screenshots and videos to a Smartphone.

The Nintendo Direct for E3 2021 is just around the corner. The most important fair of the year in the video game sector starts this June 12, but Nintendo reserves for the day June 15 at 18:00 (CEST) in order to know the news of their titles for Nintendo Switch in 2021; although we will also come projects for beyond 2021.

The presentation will last about 40 minutes and it will be followed by a three-hour special edition of Nintendo Treehouse Live with new sequences and gameplay of some of the announced titles. Fans are hoping that the sequel to The Legend of Zelda: Breath of the Wild will have a prominent role in the presentation. Soon we will leave doubts. Splatoon 3 and Pokémon Legends Arceus are other prominent names on the console’s calendar for the coming times.