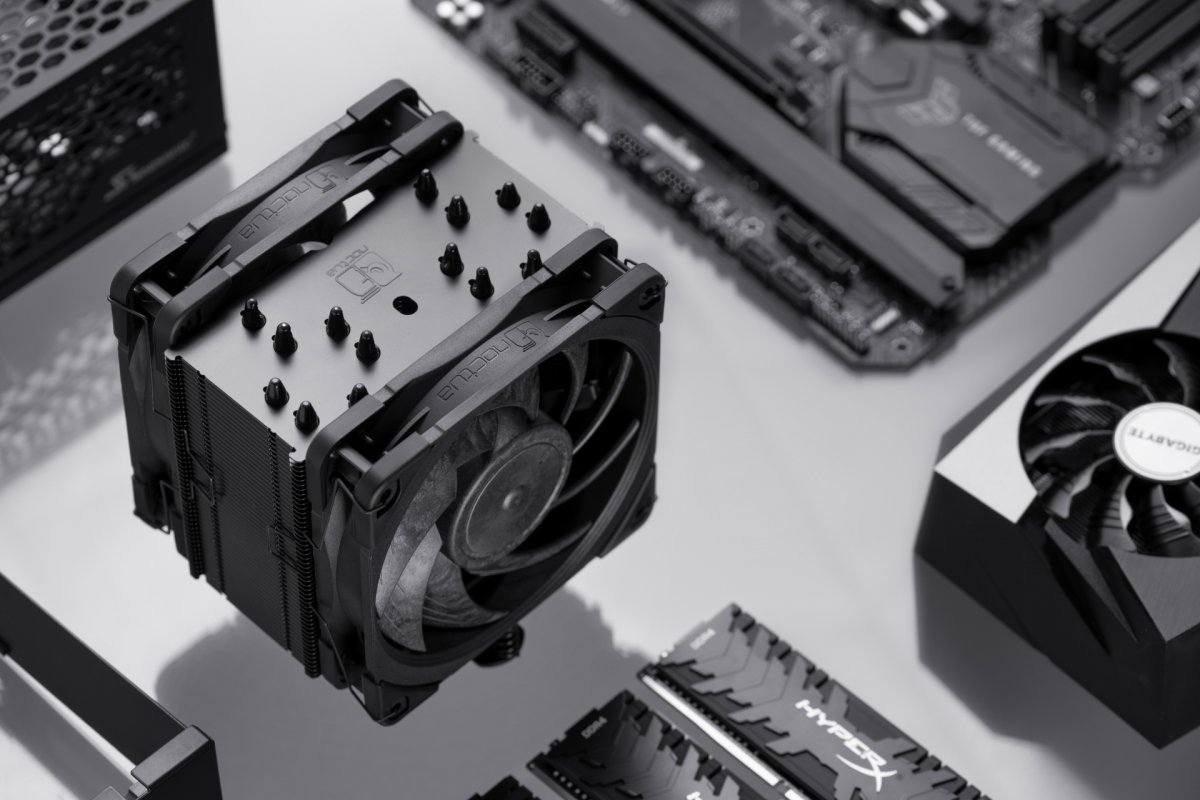 It took about three and a half years for Noctua to bring out the 120 mm high-end NF-A12x25 fan in a color-neutral Chromax version. The original presentation took place in May 2018 in the Noctua-typical brown tones – a design no-go for some, although the NF-A12x25 is one of the best fans on the market.

Has now Noctua den NF-A12x25 Chromax Black Swap and the matching black CPU cooler NH-U12A Chromax Black with two of the new fans was launched. The latter are black or dark gray. Due to the plastic Liquid Crystal Polymer (LCP) used, the rotor is not of the same color. Noctua includes various colorful vibration dampers for color accents.

The Chromax version is initially only available with PWM control between 450 and 2000 revolutions per minute. The maximum volume flow remains unchanged at around 102 m³ / h, the maximum volume according to the manufacturer is 22.6 dB (A).

From plastics and paint particles

According to Noctua, the LCP was primarily to blame for the long waiting time. Compared to the normally used polybutylene terephthalate (PBT), the plastic is particularly stiff and thus enables the small gap between the fan frame and the rotor blades, with which the NF-A12x25 achieves its high throughput and air pressure. According to Noctua, however, LCP is sensitive to color particles, which is why the company had to find a mixture that does not negatively affect the properties too much. When the Chromax fan was finished, freight problems finally came on due to the coronavirus pandemic.