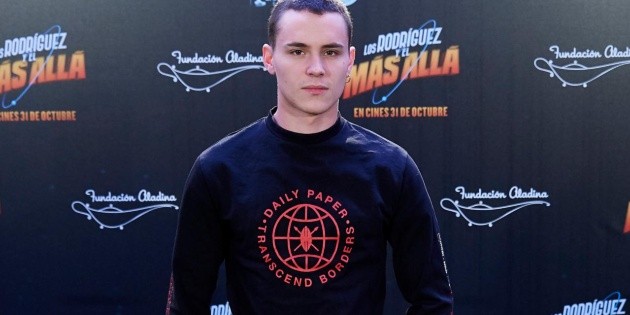 Non-Elite scandal: Aron Piper traveled to Chile and was the target of harsh criticism

The fourth season of Elite it’s a hit on Netflix. After almost a year without giving news about new episodes, last June 18 a completely renewed edition arrived in which Las Encinas not only received new students, but also showed that, once again, appearances can be deceiving and that legendary students from the most prestigious institute in Madrid can’t stay out of trouble.

Beyond the arrival of the new actors to the last season of Elite, the fans could not contain their happiness to see Samuel, Guzmán, Cayetana, Rebeca, Omar and Ander again. The actors, who were also present in the first three parts, are the favorites of this drama and, as well as in these episodes, will once again mark history in the Netflix production in a fifth season.


However, who could disappear from the cast to Elite 5 is Aron Piper. The interpreter of Ander ended his participation in this fiction by going on a trip in the last chapter of the recently released season, but not only that, but he also already has new projects underway that, in fact, could occupy all his time. Although, there is one of them that has just made the actor the target of harsh criticism.

It was known a few hours ago that the musician is also in Chile and, being a trip in the middle of the pandemic, to a country that has closed borders, many wondered how he came to enter. However, the Chilean Undersecretary of Crime, Katherine Martorell decided to explain how Piper’s presence occurred in the city of Pucón, in the La Araucanía Region.

“I must remember that, although the border is closed, there are criteria for Chileans or residents of Chile to leave and also for people to enter the country. They are quite limited criteria”, He began by saying and then added:“This person enters with an authorization requested by the Ministry of Cultures, which establishes that it is essential for the development of the national industry and dissemination of the image of Chile”.

In fact, Martorell also clarified that Aron Piper entered Chile on June 16, with a PCR performed at the airport, which was negative, in addition to having another negative performed 72 hours before arriving in the neighboring country.. “He was 10 days in the health residence, the transit hotel, as appropriate,” remarked the undersecretary. And, once this statement was made, the political authority confirmed that the star of Elite He traveled to Araucanía in order to carry out this new project so important for the diffusion of Chile.

What is Aron Piper’s new project?

As it transpired, the Spanish actor would not be in season 5 of Elite precisely for having signed a contract with Amazon Prime video to make the trilogy Sayen of the brothers Pablo and Juan de Dios Larraín and Rocío Jadue. These films will tell the story of a Mapuche woman who discovers a dangerous conspiracy led by a corporation that destroys her family’s lands.

It is still unknown exactly what the role of Aron Piper will be, but it is assumed that, this time, he will be part of the bad band. After a teenage character, the actor will make a huge leap into this drama that, according to the directors, “it’s a love letter to Chile”.