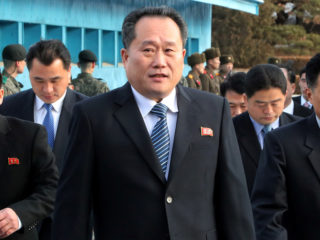 North Korean Foreign Minister Ri Son-gwon said in a press release on Wednesday that Pyongyang is not considering “even the possibility of maintaining any contact with the US.”

“It would not lead us anywhere, it would only waste valuable time,” argued the North Korean diplomat, whose statement was released by the Korea Central Telegraphic Agency (KCNA).

Likewise, the Foreign Minister stressed that the North Korean government categorically rejects “the hasty judgments, conjectures and expectations of the US.”