Northern farmers feel robbed by “an idle and obsolete state” 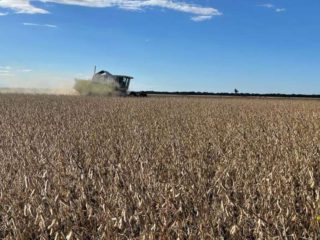 An entity of agricultural producers in northern Argentina considered that the fiscal pressure they bear is “the heist of the century, the theft of Argentine production that despite being millions of dollars that enter the country thanks to our productions, nothing is enough to maintain an idle and obsolete State managed by inoperative ”.

They assume that the process of buying and selling grain is often difficult to understand for those who are not immersed in field issues. The commercialization of agricultural commodities is governed by the Chicago international market, which is the value used by all countries on the planet as a reference, but the final price that each producer receives is different according to the nation and the region where they work the land.

// The distribution of Argentine soybeans: 60% for the State, 40% for the producers

“For all those who say: ‘You are fine with soybeans for more than US $ 500’, We ask you for just a few minutes to explain how far we are from that reality. Things are not always as they appear ”, explained in a statement the Association of Agricultural Producers and Ranchers of the North of Argentina (Apronor). And he detailed how the granary market works in our country.

“Let’s take the value of soybeans from last Tuesday when the ton in the Chicago Market closed at U$S585: here in Argentina to $31.750. It seems an interesting number but it is not, because if we pass it to the dollar, the Banco Nación currency (US $ 94.98) gives us US $ 334, 43% less than the international value!, Where 33% correspond to the withholdings and the rest to the freight. In other words, there is a difference of US $ 193 less than what a producer from Bolivia, Paraguay or Brazil receives ”, they affirmed from Apronor.

Once this calculation is made, the entity lists an amount of costs that the producer has to carry out to conclude the commercialization process, which varies according to the location of each province and the distance that exists to the port terminals where the grains are dispatched. .

And they remarked: “We would like you to know that the retentions ‘stick’ much more here in the north because we are far from the ports and because we have another climate that condemns us to lower yields than in the core area ”.

“Let’s continue subtracting – continues the statement – that sum has yet to be discounted $ 3500 freight to port that we, the producers of Tucumán, pay (further north the price increases per kilometer of tonne transported), plus approximately 5% of marketing expenses and tax on debits and credits ”.

They also pointed out that “you have to pay all the costs of production and inputs (which are priced in dollars and with increases that exceed 30%) and finally once all that account is finished on that poor profitability you have to pay 35% of profits !!! ”.

The northern entity specified that with the increase in export duties, between 2002 and 2019, some 82,119 producers. And in this context they criticized “all those who defend and are happy when retentions increase.”

They stressed that “this number implies families that left their villages to go live in the city and try to find a source of work, with the uprooting and the great sadness that this implies ”.