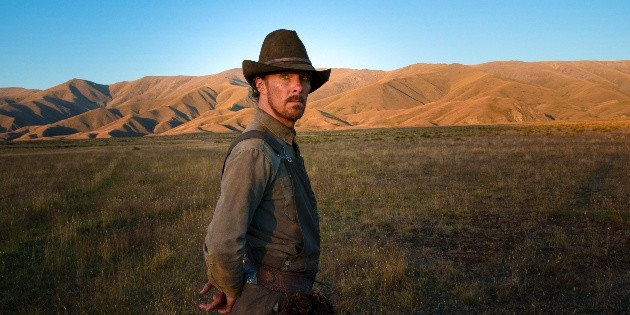 The trailer from Spider-Man: No Way Home It revolutionized social media, where users keep commenting on the preview, formulating theories, and sharing their excitement for the film’s release. And is that the tape, which will star Tom Holland and Benedict Cumberbatch, will arrive in December of this year and promises to be one of the most ambitious feature films of the Marvel Cinematic Universe. But beyond the excitement for this launch, the truth is that both actors have other projects on the agenda.


In the case of Cumberbatch, it has already released The Mauritanian and in a matter of days it will arrive The Electrical Life of Louis Wain. But a fourth project is added to the list of films that will premiere this year. Is about The Power of the Dog, a film that will be available in Netflix the December 1st of 2021, just two weeks before Spider-Man landing in cinemas.

Inspired by the homonymous novel by Thomas Savage, the film will be directed by the New Zealander Jane Campion. Its plot will reveal a confrontation between two brothers: on the one hand, Phil Burbank (Benedict Cumberbatch) and on the other, George Burbank (Jesse Plemons). How does the conflict arise? Phil is a rancher who inspires fear and wonder in those around him. When his brother brings his new wife and son home, he persistently torments them.

The great cast is completed with Kirsten Dunst (Rose), Kodi Smit-McPhee (Peter) and Thomasin McKenzie (Lola). It is, without a doubt, a promising film. So much so that soon he will compete for the Golden Lion at the Venice Film Festival. And she has a lot of chances to get it: Campion was already the winner of the Palme d’Or in Cannes with The Piano –Which got three awards Oscar– and the Special Jury Prize at the Mostra with An Angel at my Table.

Like many of the films that took place in the last two years, the filming that began in January 2020 in the southern region of Otago, in New Zealand, was stopped by the pandemic. It was only in June when the production was able to resume the recordings that ended and that will have their premiere in some theaters during November. However, its worldwide launch will be on the streaming giant. A huge project for Cumberbatch that warms up engines to surprise again with Doctor Strange.