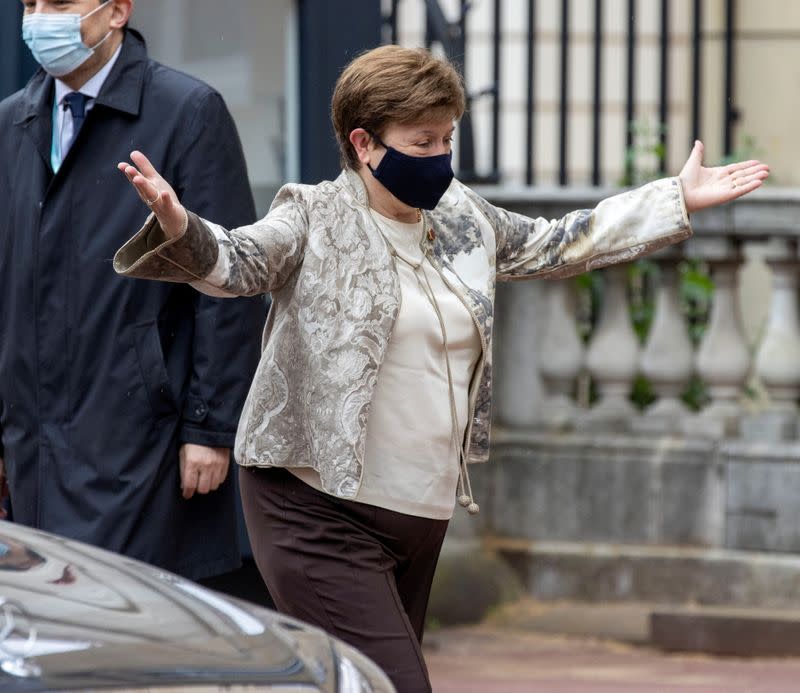 By Andrea Shalal and David Lawder

WASHINGTON, Sept 18 (Reuters) – International Monetary Fund Director Kristalina Georgieva on Friday denied allegations that she pressured World Bank staff to alter data in favor of China when she headed the body, at a time when the bank’s executive council IMF began a review of the matter.

Georgieva took advantage of a previously scheduled meeting with the 2,700 IMF employees to address the findings of the independent report released Thursday on irregularities in the World Bank’s “Doing Business” data on countries’ business climate.

“Let me put it to you very simply. It is not true. Neither in this case, nor before nor after, have I pressured staff to manipulate data,” Georgieva told IMF staff, according to a transcript of the meeting provided to Reuters.

His remarks went beyond what he said in a statement Thursday in which he claimed to disagree with the findings of the report, prepared by the WilmerHale law firm at the request of the World Bank’s ethics committee.

Georgieva told IMF staff that she highly values ​​data and analysis and does not pressure staff to change it, according to the transcript.

WilmerHale said he is working on a second report that will address “possible misconduct by staff members” in relation to the data irregularities.

The ethics committee of the IMF’s executive board is reviewing the report, IMF spokesman Gerry Rice said on Friday. Georgieva briefed the Board on the World Bank allegations on Thursday.