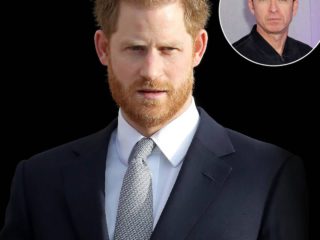 Everything indicates that the artist is very up to date with the dramas of royalty.

When it comes to Prince Harry, Noel Gallagher he doesn’t beat around the bush in his words.

The British leader of Oasis did not hide his feelings about the Duke of Sussex, and told The Sun in a new candid interview, “Prince William. I feel the pain of that damn boy.”

“He’s got a goddamn little brother shooting his goddamn mouth with a shit that’s so unnecessary,” Noel continued. “I’d like to think that I was always the William.”

Noel, who has had a difficult relationship with his younger brother, his former bandmate Liam GallagherHe acknowledged that he does not know the royal brothers, but anyway he made his opinion about the minor prince clear.

Apparently referring to Harry’s recent headline interviews, in particular his explosive reunion with Oprah Winfrey, Noel had unsolicited advice for the new royal father of two: “Don’t be f * cking looking down on your family.” Noel said, “because there is no need.”

The musician also attacked Harry’s wife, Meghan Markle, and his fellow Americans. “This is what happens when you get involved with the Americans,” he criticized. “As simple as that.”

Joe Pugliese/Harpo/AP/Shutterstock
Disclaimer: This article is generated from the feed and not edited by our team.