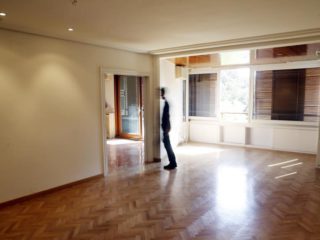 Paris, Jun 14 (EFECOM) .- Administratively limiting rents may initially benefit tenants, but in the long term it hurts them because it discourages the market for many homes and the shortage ends up making prices more expensive, according to the OECD.

This is one of the warnings to Spain from the Organization for Economic Cooperation and Development (OECD) in a study presented this Monday on how to promote affordable housing, in which it points out the narrowness of the rental market and economic problems that that entails.

On the situation in Spain, Luiz de Mello, director of studies of the economic department of the OECD, emphasizes to Efe that applying caps on rents, “is an option that has its costs” because “in the long term it does not protect tenants” .

“There are other options that do not create the same types of costs” such as the development of social housing, which are very scarce, although that means increasing public investment in the sector, explains De Mello.

His analysis is similar with the tenants’ protection devices against evictions, which can also generate distortions if they dissuade owners and investors from putting their property up for rent by considering themselves helpless before the Justice and the Administration in the face of the risk of defaults.

De Mello points out that “it is necessary to differentiate between crisis measures”, when it is “very important” to protect the weakest groups, and “long-term measures that can increase supply” and prevent prices from rising.

Because the problem in recent years is that the price of housing has grown strongly, and that makes access difficult for people with fewer resources.

In real terms, prices since the 1990s have risen up to 100% in certain countries. In Spain they rose very rapidly in the early 2000s, but then suffered a sharp decline with the financial crisis.

Since 2012, investment in housing is progressing again at a higher rate than in the OECD as a whole.