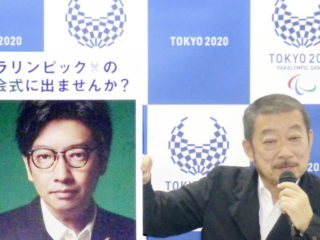 The director of the opening ceremony of the Tokyo 2020 Olympic Games, Kentaro Kobayashi, has been removed from office one day before the show for an old joke about the Holocaust.

The 48-year-old Japanese comedian was fired after being judged on social media for a ‘clip’ circulating online, which included the phrase “let’s play the holocaust“as part of a joke, in one of his presentations in 1998.

“We discovered that Mr. Kobayashi, in his own performance, has used a phrase to ridicule a historical tragedy,” commented the president of the Organizing Committee of the Olympics, Seiko Hashimoto. “We deeply apologize for causing this circumstance the day before the opening ceremony and for causing problems and concerns to many parties involved, as well as people in Tokyo and the rest of the country,” the board added, according to reported AP.

Reports of Kobayashi’s comments have drawn rapid criticism, including from the Simon Wiesenthal Center (SWC), an international Jewish human rights organization, which published a release in which he condemned the comedian’s past behavior.

“Anyone, however creative, has no right to make fun of the victims of the Nazi genocide. The Nazi regime also gassed Germans with disabilities. Any association of this person to the Tokyo Olympics would insult the memory of six million Jews and would cruelly scoff at the Paralympic Games, “stated SWC Associate Dean and Rabbi Abraham Cooper.

A few days earlier, a well-known Japanese musician, Keigo ‘Cornelius’ Oyamada, was forced to resign as songwriter for the ceremony after old reports surfaced about his harassment and abusive behavior towards disabled schoolmates.