One free month of Disney + with Xbox Game Pass Ultimate; date and conditions 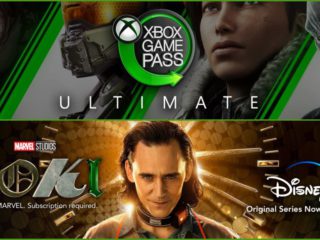 Players subscribed to Xbox Game Pass Ultimate can claim a total of 30 days access at the Disney + service Without aditional costs; the only condition is that we are no longer members of said platform. Disney and Microsoft reach this agreement again, which they started for the first time last November, on the occasion of the premiere of Xbox Series X | S and The Mandalorian – Season 2. The difference is that this time the focus of promotion is Loki, the long-awaited new series from Marvel Studios.

“It doesn’t matter if you claimed the previous Disney + advantage or not, if you are an Ultimate member and do not yet have an active Disney + subscription, you can claim the 30-day subscription trial period through the Advantage Gallery on your Xbox console, in the Xbox application for Windows PC or through the Xbox Game Pass mobile application on iOS and Android ”, Xbox explains in a statement.

One month of Disney +. That is what is given away at no additional cost to Xbox Game Pass Ultimate players, the subscription mode premium of the Xbox video game on demand service, with access to more than 200 Xbox One, Xbox 360 and Xbox Series X | S titles, the entire EA Play catalog, Xbox Live GOLD, and the possibility of playing on console, computer or on streaming; the so-called Xbox Cloud Gaming, currently only on Android devices.

If that wasn’t enough, we can spend the next thirty days watching all the Disney + series and movies. It is enough to create a new Disney + account or recover ours if we are not currently subscribed to the platform.

The offer can be claimed using the methods explained until next September 30, 2021. Once claimed, it will be registered in our Microsoft account. We can redeem it at Disney + until next October 30, 2021.

We remember that this Sunday, June 13 at 7:00 p.m. (CEST) The Xbox & Bethesda Games Showcase of E3 2021 will be held, a conference where Microsoft will announce a multitude of news about its current projects in development, as well as others that we do not know.