Home
News
One of the sons of former Panamanian President Ricardo Martinelli pleads guilty to money laundering before the US courts.

One of the sons of former Panamanian President Ricardo Martinelli pleads guilty to money laundering before the US courts. 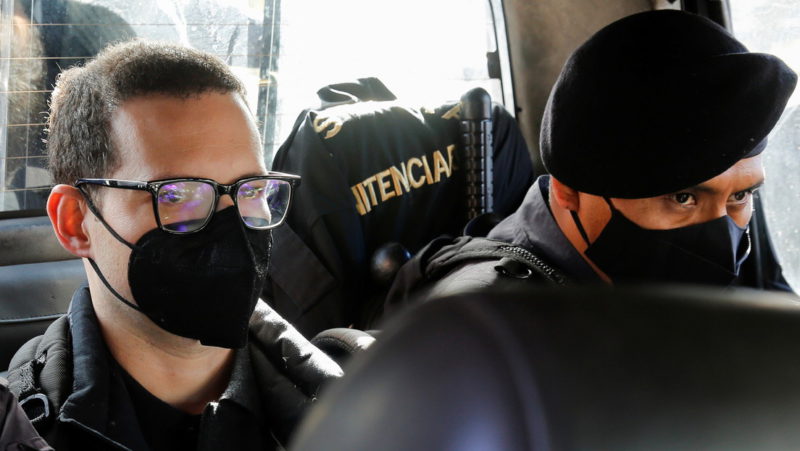 Luis Enrique Martinelli Linares, one of the sons of former Panamanian President Ricardo Martinelli (2009-2014), has pleaded guilty before the US courts for having laundered $ 28 million through an international bribery and money laundering scheme. money that involves the Brazilian construction company Odebrecht.

American justice reported this Thursday that Martinelli, 39 years old, pleaded guilty during his appearance in the Eastern District of New York before federal judge Raymond J. Dearie, and faces a possible sentence of up to 20 years in prison if he is finally identified as the perpetrator of this crime.

During the hearing, the accused admitted that together with his brother Ricardo Alberto Martinelli Linares and other accomplices created ‘offshore’ bank accounts in the name of shell companies to receive and disguise the bribes from Odebrecht, and thus benefit a “close relative” identified by the US Department of Justice as “a high-ranking public official in Panama.”

Luis Martinelli also devised a plan to get the bribery money in and out of the U.S. In addition, used part of the proceeds related to those funds to purchase a yacht and condo in that country. During the hearing, the defendant agreed to pay an amount of 18.9 million dollars and the declaration of his sentence is set for May 20, 2022.

Luis Martinelli, who was extradited from Guatemala to the US on November 15, had pleaded not guilty on November 16, when the US justice charged him with the same crime. It was detained in Guatemala in July 2020 along with his brother Ricardo, when they tried to leave that country on a private flight to Panama.

Both were captured at the request of the United States, accused of bribes from the Odebrecht company while their father, Ricardo Martinelli, was in charge of the Presidency of Panama.

It is expected that the next extradition to the US is that of his brother Ricardo, who is still detained in Guatemala. The two are also claimed by the Panamanian justice for crimes of corruption.

The scandal involving the Martinelli family began in 2017, when the father and former president was arrested in Miami, USA, accused of committing several crimes of corruption during his government, for which he was extradited to Panama, where he is being prosecuted. and investigated by the local justice.