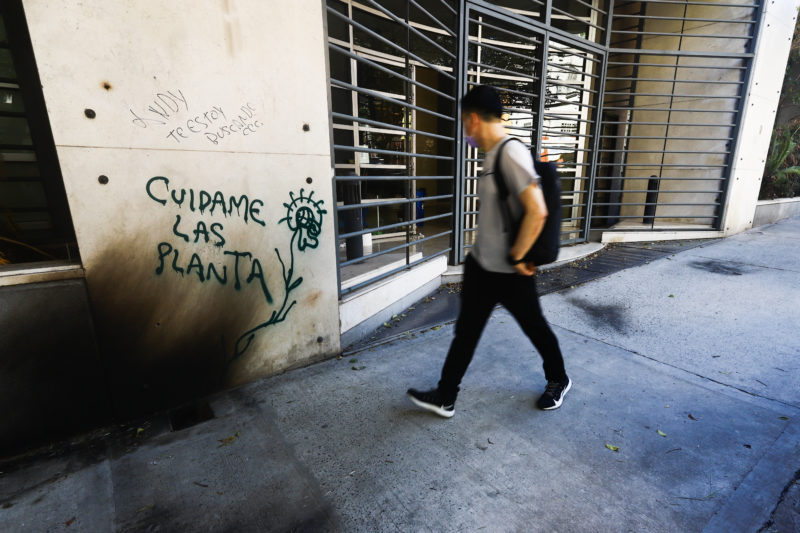 A 44-year-old Uruguayan citizen is the first suspect arrested for the attack on the newspaper Clarion Last monday. Police believe that the detainee, identified as Martín Michell Gallarreta, was part of the group of nine hooded men who threw Molotov cocktails at one of the entrances to the newspaper’s headquarters in Buenos Aires on Monday night.

The alleged perpetrator of the attack was arrested last night, when he arrived home after celebrating the title for the national soccer championship of his club, River Plate, according to sources from the investigation to Clarion. The police raided his home, in the Almagro neighborhood, and seized two cans of gasoline, computers, a tablet and a mobile phone. Investigators hope that the crossing of calls and messages will be key to advancing the case for “public intimidation.”

The arrest was made by the facial recognition system that works in about 400 security cameras in the city of Buenos Aires, according to the sources. Until now, the Police had the faces of the nine attackers, but had not managed to find the whereabouts of any of them. It involves six men and three women.

According to what has transpired so far, Gallarreta has no criminal record. In a search through their social networks, the researchers found numerous anarchist publications, which gives more force to the hypothesis that the aggressors are part of a group of this political ideology.

The incendiary devices launched on Monday night against the newspaper Clarion, the largest in Argentina, caused no casualties or material damage. Even so, the attack generated a wave of repudiation by all political forces and journalistic entities. “We warn about the seriousness of the events that occurred, which are added to the attack that in March of this year suffered the editorial staff of the newspaper Black river, and demands a thorough investigation and condemnation of those responsible for the flagrant attack on press freedom, “said the Argentine Journalism Forum (FOPEA) through a statement. Investigators hope that the arrest of one of the alleged perpetrators will facilitate the others.