One World Trade Center: the tallest skyscraper in the US symbol of resilience after the horror of September 11, 2001 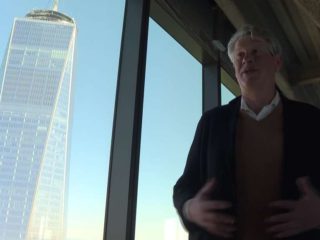 The One World Trade Center, the edifice 541 meters highest in the United States is symbol of resilience after the horror of the September 11 attacks, since it is the skyscraper that replaced the New York sky at Twin Towers, reduced to ashes.

Inaugurated in 2014, from its origin it was conceived as a testimony of resilience, and a vision for the future despite the disaster, affirms Kenneth Lewis, one of the architects of the SOM studio, which builds skyscrapers all over the world.

Although the images of the Twin Towers burning were tragic, no one questioned the idea of ​​erecting another skyscraper in its place.

For the architects it was the occasion to specify concepts with which they dreamed years ago.

“It was the beginning of the millennium, you had to embody a new generation of buildings, both in terms of safety and impact on the environment, ”says Lewis.

The images of people jumping into the void to escape the fire are among the most nightmarish of the 1September 1st.

After the attacks, there were many debates about how to evacuate people beyond the stairs: they discussed a kind of cable to which the person could tie before jumping into the void, or a kind of giant garbage tunnel through which people could jump in, recalls the architect.

A paratrooper demonstrated the cable. “It was really scary, it was unimaginable that someone a little overweight or a little timid would jump out the window”he remembers smiling.

In the end, the only solution was “shield the heart of the building with reinforced concrete, and make it wide enough so that people can go out there ”.

Many new safety standards were released at the “One WTC” and then they became standard. For instance, expanding the stairwells to allow a quick evacuation of this 104-story tower, or the installation of a light signal on the floor as in airplanes.

Too fire resistant communication tools and cameras were installed on each floor, to allow rescuers to follow the situation at all times.

The ultimate goal, according to Lewis, was “Evacuate the entire building in one hour maximum.”

Firefighters were invited to work meetings. “They had suffered such trauma that they had to be part of the solution,” says Lewis.

It was they above all who demanded a rescue system capable of alleviating a generator failure, as happened on September 11, 2001, in order to keep electricity as long as possible to evacuate the building.

A fire was not the only concern. On fall 2001 there were several anonymous letters with anthrax sent to some media, and five deaths linked to this deadly poison.

“We began to think about a filtration system and air quality, not only in case of fire but also in attacks of this type ”, he says.

“You had to identify all threats a building must work with“Without transforming it” into a fortress to which no one wants to come to work anymore.