Home
World
“Open shoes with box”: the code to circumvent the ban on prostitution in Iran | International

“Open shoes with box”: the code to circumvent the ban on prostitution in Iran | International 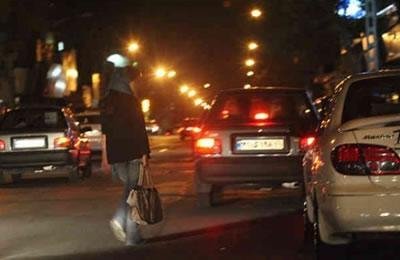 Is a second-hand sales website responsible for the ads of its users? The Iranian judicial authorities believe so and have sentenced the executive director of Divar, the country’s largest online trading platform, to three months in prison for “promoting corruption and inciting prostitution.” Some users used the site to offer or purchase sexual services under the cover of seemingly harmless advertisements, such as shoes. The sentence, which is irrevocable, has sparked controversy both because of the popularity of the company founded in 2013, and because of what it indicates about the Iranian economic situation.

A few years ago, some local media and also users of social networks began to report cases of abuse of web services. They pointed to advertisements with secret jargon promoting prostitution, an illegal practice in Iran. Tickets for the sale of shoes proliferated, especially “open shoes” in reference to “prostitutes” or even “a pair of open shoes with a box” in the case of those who had a meeting place.

At the same time, those who post an advertisement with the real intention of selling shoes are often surprised by the messages of the supposed buyers. This is what happened to Zohreh, a user who prefers not to reveal her last name. “Three years ago I wanted to sell some shoes. Before, I had also bought or sold other items on Divar, but very strange messages started to reach me; for example, they insisted on whether I had a box or not and asked me to send them photos with my legs. So I decided to remove the ad, ”he explains. A few months later, Zohreh remembers reading some news about prostitution ads on this platform.

In addition to the sale of shoes, other common codes for those who want to hire or offer the services of sex workers are requests for a secretary, model or reading companion. And even the most intriguing “pool table”.

Although there are no official statistics on prostitution in Iran, many analysts point out that the dire economic situation caused by internal mismanagement and US sanctions is pushing the most vulnerable sectors to criminal or degrading activities such as prostitution.

In the four months it has been in office, the Iranian government has failed in its attempt to alleviate the chronic ills of the economy. Inflation is around 40% and the local currency, the rial, continues to devalue: one euro is changed to 328,000 riyals compared to 300,000 four months ago. It is true that depreciation has slowed down, but experts warn of a new wave of declining rial value due to increased liquidity and the issuance of unsecured securities.

Divar CEO Ashkan Mirarmandehi, on bail for 22 months for this now-closed case, reported the conviction on Twitter last Saturday. “The Court of Appeals has rendered the final verdict: three months and one day in unavoidable prison for ‘promoting corruption and inciting prostitution,” he wrote at the beginning of a long thread.

The controversy broke out immediately. The majority of public opinion and even some officials have criticized the ruling. Hossein Eslami, president of the Tehran province computer union, sent a letter to the judiciary. In it he mentioned the millions of users and hundreds of thousands of jobs related to the business now questioned, described the sentence as “shock” and asked for its revocation.

According to the executive director of Divar, “1.4 million businesses operate thanks to the services of the platform, which has generated 1,100 direct jobs, especially for young people.” So where was the problem?

Eslami, the IT representative, defends that “this company cannot be punished for something that it does not control and for which it is not responsible. [porque] if someone commits a crime using an operator’s card, the offender is the individual, not the operator ”. “These types of decisions can disappoint economic entrepreneurs, especially young people,” he adds.

Mojtaba Tavangar, chairman of the Parliament’s Digital Economy Committee, has also come out in defense of Mirarmandehi, with the focus of defending the venture. “Content exchange platforms are one of the pillars of the digital economy and the lack of state frameworks in this field is the main link requested in a national information network. I wish the judiciary would treat entrepreneurs in this field with more tolerance while the legal frameworks are clarified, ”he tweeted with the hashtag #Divar.

The deputy director of the Iranian Welfare Organization, Habibolah Msoudi Farid, has acknowledged that “the situation of prostitution has changed and they are no longer seen so much on the streets because this practice has moved to the internet.” That new showcase is not limited to Divar, as ads for sexual services can also be found on Instagram, one of the few social networks not yet blocked in Iran, and on Telegram channels, which is officially blocked.