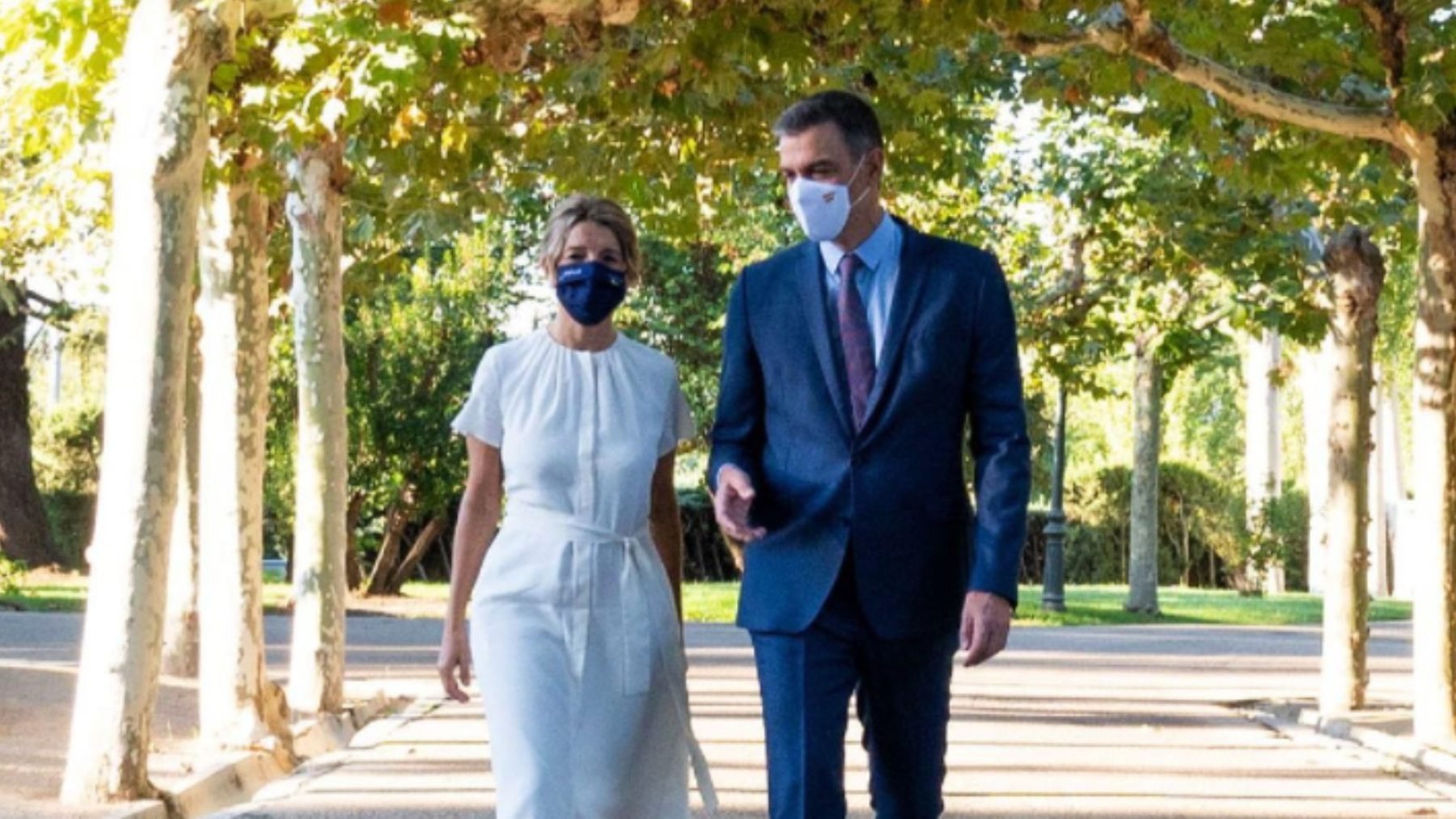 Órdago from Yolanda Díaz to Sánchez: “Let him preside over the negotiation, but repeal the labor reform”

The Second Vice President of the Government and Minister of Labor, Yolanda Diaz, asks the Prime Minister, Pedro Sanchez, to preside over the negotiation to repeal the labor reform approved by the Government of Mariano Rajoy in 2012. This is another episode in the internal disputes in the Executive in this matter after the PSOE offered Díaz to lead this negotiation but supervised by the first vice president, Nadia Calvin.

Yolanda Díaz made this proposal this Wednesday in Rome (Italy) after meeting with the general secretary of the Italian union CGIL, Maurizio Landini. This Tuesday he also met with the Italian Minister of Labor, Andrea Orlando.

“The labor reform of the PP has caused enormous precariousness in Spain and enormous suffering and we have been in our country for too long, since 2012, trying to repeal the labor reform of the PP. This is my deep conviction, the commitment of the Government of Spain and we want to fulfill this commitment and that it is led by the President of the Government», Has defended the militant minister of the PCE.

«The surprising thing is that now they show differences again on the scope of the reform. Yesterday I again urged the Government to clarify the scope of the labor reform. Since March 17 we have been complying with Component 23 (of the Recovery Plan) until now with normality. Let us repeal the labor reform and let it be headed by the Prime Minister, ”said the Minister of Labor.

Asked if he has spoken with Pedro Sánchez or Nadia Calviño in the last hours, Díaz has assured that he continues speaking “all day and all night.” “It has always been the same (reform) that has led to twelve major social agreements, so the question is what has happened now. Well, this methodology has been branded by the ILO (International Labor Organization) and the IMF (International Monetary Fund) for being exemplary “, he pointed out.

«¿What has happened now for there to be conflict elsewhere (…) It seems that the methodology is correct and I would like the repeal of the labor reform to be presided over by Pedro Sánchez, so we would convey that we want a new model of labor relations that places decent work and stability in labor relations at the center ”, has apostilled.

Despite the internal tensions in the government, Díaz has affirmed that she feels “good and comfortable” within the “heart of the progressive government” because her “only conviction is to change the lives of the people in my country.” “If so far the 12 social agreements led by the Ministry of Labor are not from the Government of Spain, whose are they?”, The second vice president of the Government has asked in turn.