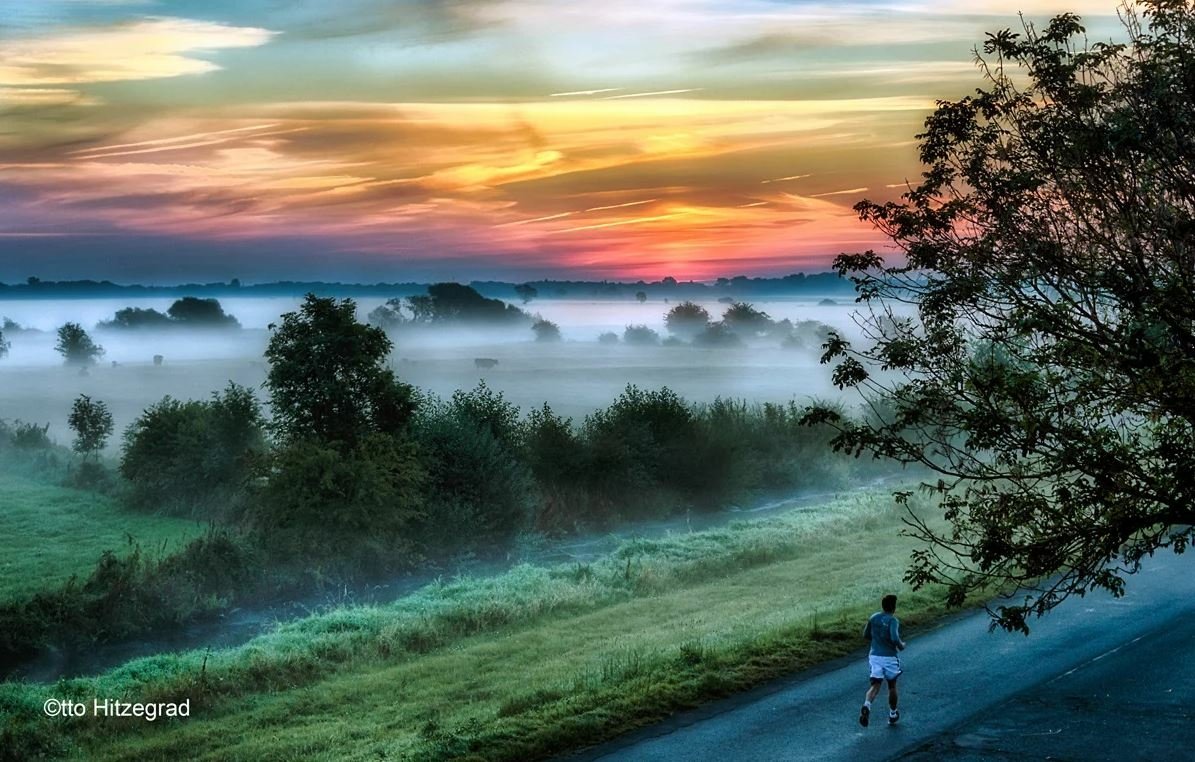 Overcoming the weaker self: The pictures of the week KW37

Overcoming your weaker self means exercising a certain amount of self-discipline. According to Wikipedia, “the word bogus only exists in German and cannot be translated literally”, origins go back to the student language of the 19th century. In addition to students, amateur photographers usually know their inner weaker self very well, self-motivation plays a decisive role. They take photos for the joy of doing what they do, they are not compelled to earn money with photos. In this sense, Otto Hitzegrad had to overcome his weaker self for his picture. He wrote to us: “For this photo I got up extra early, before sunrise, to catch the sunrise in the Wümmeniederungen in Bremen-Borgfeld. There is a high seat there that can only be reached by bike This gives you a wide view of the meadows and pastures. ” Coincidence then created a magical moment: “Arrived, I had already taken a few photos, suddenly the lonely runner came along, that was the perfect photo for me! The jogger had probably overcome his weaker self too !?”

David Alberts experienced a magical moment on a summer trip to Italy. One of the stops was Aquileia: “This is a very old city between Venice and Trieste, which was once an important bishopric,” he explains. The basilica of Aquileia, built in the 11th century, is a UNESCO World Heritage Site, so it is an “inestimable and irreplaceable good of all humanity.” An interesting place, not just for photographers. “The ensemble around the basilica includes an early Christian baptistery from the 5th century. Its interior can be seen in my picture. The atmosphere in the interior immediately impressed me.”

Our photo series shows these and all other pictures of the day of the past calendar week at a glance:

An atmospheric moment from the Basilica of Aquileia. The historic small town is located in the north of Italy. (Image: David Alberts)