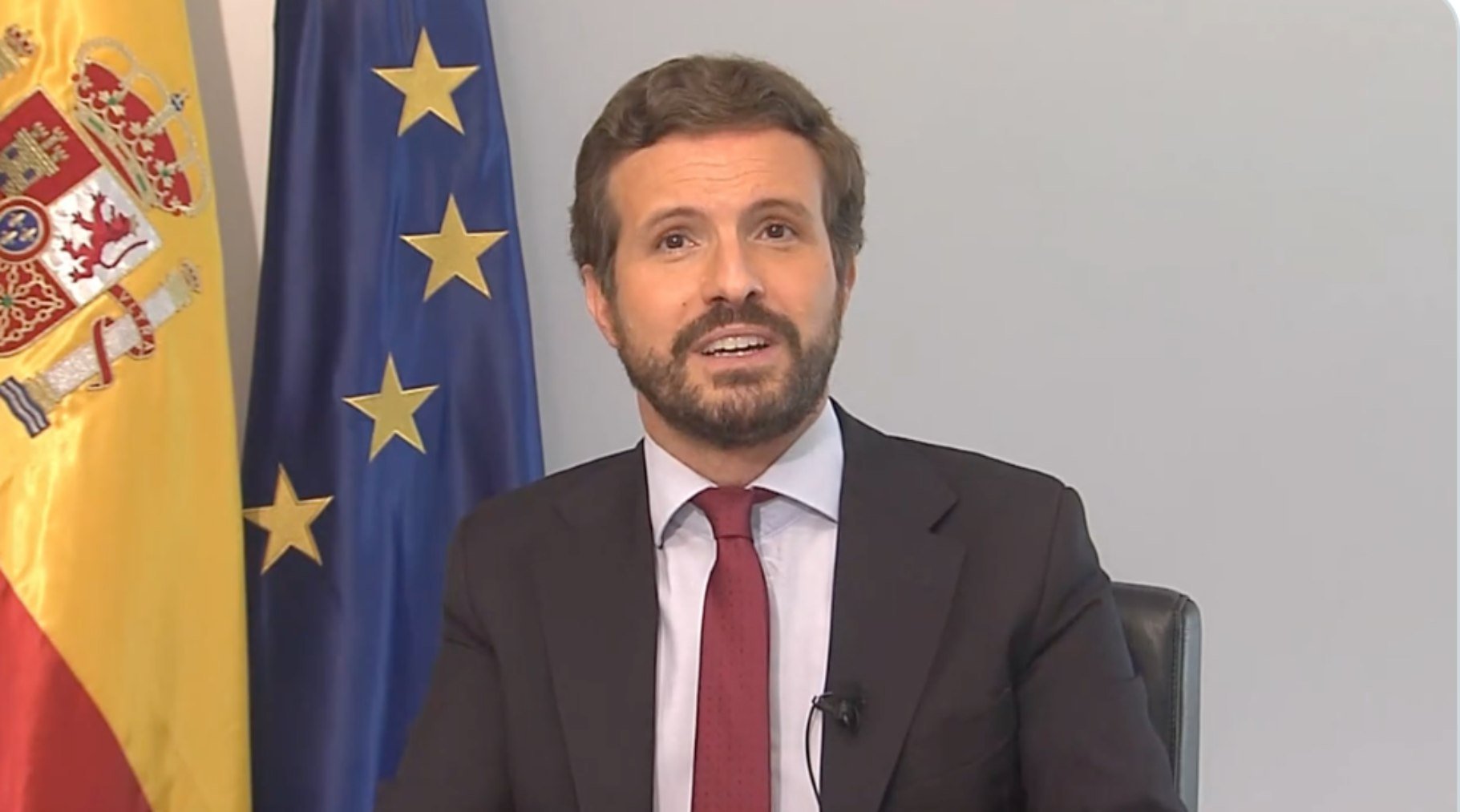 Pablo Casado warns Sánchez about the renewal of the CGPJ: “Nobody pressures me”

Pablo Casado maintains an immovable position on the renewal of the General Council of the Judiciary (CGPJ), which is subject to first approving a reform so that the judges are the ones who elect their own representatives in the bodies that govern the judiciary. For this reason, the ‘popular’ leader does not complain about the campaign of harassment and demolition of the PSOE and its partners in Podemos, eager to place their magistrates in the governing body of the judges: “Nobody presses me.”

Precisely the Popular Group will take to the Plenary of Congress next Tuesday its proposal of law to “reinforce judicial independence”, which includes changing the election system in that body so that the members of judicial origin can be directly elected by the judges.

Given Sánchez’s requests to the PP to comply with the Magna Carta and proceed with the renewal of the Council, Casado has assured that he is willing to do so «tomorrow if you accept what the Constitution asks, Europe and the judges», So that 12 of the 20 members of the CGPJ are chosen directly by the judges.

“It is not much to ask,” he emphasized, to add that Sánchez himself agreed with the campaign and now he should “keep his word and his electoral program”, as well as what the European Union defends.

In an interview in Thirteen television, the president of the PP has indicated that, if this reform is not made in this legislature, its formation will do so as soon as it reaches the Government in its first Council of Ministers. What we commit to now is going to be done. It is a commitment that I will keep when we get to Moncloa, “he added.

When asked if he agrees not to renew the CGPJ no matter how much pressure is put on him until this legal reform is approved, Casado has answered affirmatively and highlighted: “I can proudly say that I have shown that no one is pressuring me.” “I have an independence of criteria and I owe myself to my militants, who voted for me based on a program, which are my principles and which I am not going to resign,” he said.

Casado has reproached Sánchez for saying publicly that the PP is outside the Constitution when he makes a pact with “coup plotters” and “heirs of terrorists.” “We will continue to make a responsible but firm opposition, extending our hand,” he added.

His words about the fact that he speaks badly of Spain when he travels abroad have also made the President of the Government ugly and he has explained that he speaks “badly” of Pedro Sánchez, not of Spain, and he is going to “continue to do so” although to the Chief Executive “It feels bad.” This is like Napoleon. If you criticize the government, do you speak ill of Spain? Spain is much more than Pedro Sánchez», Has proclaimed.

He has also promised that when the PP reaches the Government after the general elections they will reduce “the ministries by half” because you cannot have 23 ministries and “a thousand advisers in Moncloa while the Spanish do not make ends meet” and “a million Spaniards make the hunger queues in Cáritas ». “It is an immorality,” he stressed.

Casado has stressed that the PP plan is to modernize Spain and do it in six months, with new laws and reforms. «Once we have crossed the desert, we are now in a phase in which the Spanish see us more and more as an alternative to change Spain“, has declared.

After accusing Sánchez of “polarizing Spain”, he stated that he does not regret “anything” because they have fought the battles they had to fight,
defending its principles and those of Spain. “We defend the family, low taxes, national unity and democracies against Latin American dictatorships,” he detailed.

In terms of the party, he has assured that in these three years they have “united” the party and have managed to “maintain the regional and municipal governments.” Now, he continued, they have to represent “many people”, alluding to the Social Democrats and “people on the left who vote socialist but do not understand” Sánchez’s pacts with ERC or Bildu.

Casado has valued the PP management experience and what the governments of José María Aznar and Mariano Rajoy did in 1996 and 2011. “I humbly believe that now Spaniards are looking for an alternative, they are looking for a change and they do not want experiments,” he indicated.

In this sense, he has warned of the consequences of a citizen being able to say that he is going to vote for the party he “likes the most on Twitter.” And what has he managed? Not the council of a town. If I go to an operating room, I ask that the medical team have done many operations, “he declared, to point out that the PP is a party that has already gone through” many crises. “

Finally, he alluded to the National Convention of the PP that is held between September 27 and October 3, in which there will be “14 political leaders of international stature” and the management of the PP in autonomies and municipalities will be valued.