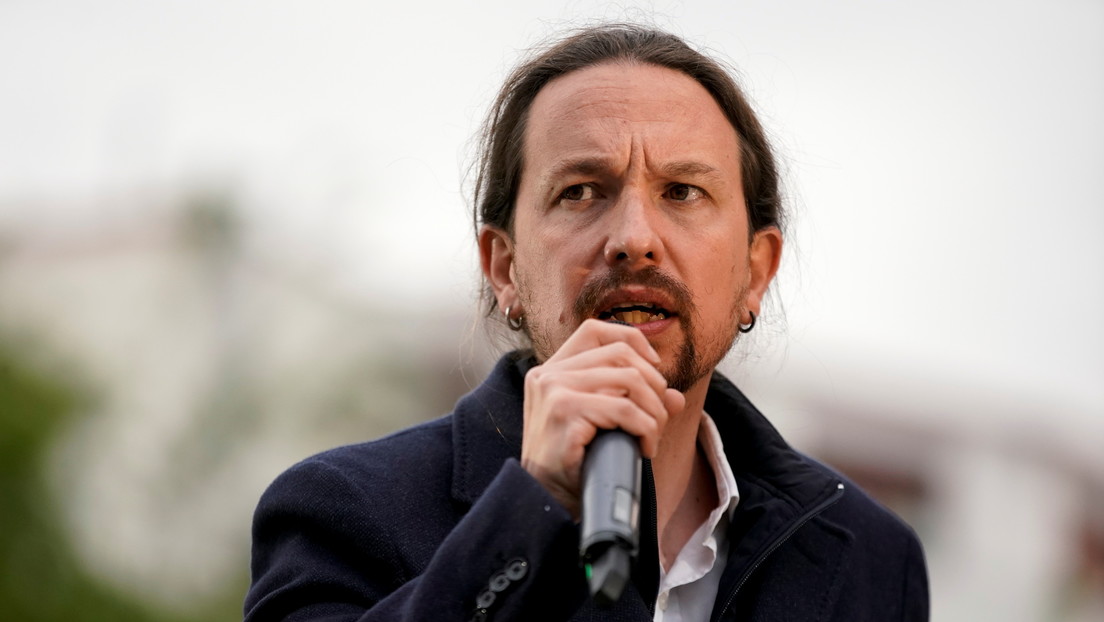 The leader of United We Can (UP), Pablo Iglesias, announced on Tuesday night that he is leaving politics and leaving all his positions after the poor results obtained in the elections to the Community of Madrid, held this day, to which he presented himself as a candidate for their training.

“I am leaving all my positions; I am leaving politics understood as party and institutional policy,” said the founder of the purple formation, accompanied by the members of his candidacy and the leadership of the formation.

Despite the fact that UP has improved its results by obtaining ten seats, three more than in 2019, the sum of the three formations on the left has fallen far short of what was harvested by the conservative Popular Party, of the current president Isabel Díaz Ayuso, and the extreme right of Vox.

One of the essentials leaves the front line, but it will always remain in our trench. We will always meet on the good side of history, mate @PabloIglesias. ✊🏻🔻 pic.twitter.com/GHQJV1yPk6

Iglesias explained that the large turnout in these elections, which has exceeded 76%, it has not served to mobilize the left-wing electorate, but to the right, contrary to what they expected from their formation. “When you stop being useful, you have to know how to withdraw,” he stressed.

The leader of Podemos has argued that her figure awakens more rejection among his political adversaries that unity among the voters of his ideological arc. “It is evident that today, these results make it clear: I do not contribute to add. I am not a political figure who can help our political force to consolidate its institutional strength in the coming years, “he said.

“I remain committed to my country, but I am not going to be a stopper for a renewal of leadership that has to take place in our political force,” Iglesias added in his appearance before the media.

In addition, the former second vice president of the Government of Spain has indicated that it is time to further feminize their political training. Thus, he has pointed to the current Minister of Labor and third vice president, Yolanda Díaz, as his successor at the national level, while he has mentioned the spokesperson for the UP parliamentary group in the Madrid Assembly, Isabel Serra, as the person in charge of take its place in Madrid.

During the last weeks, he had already announced that his time in politics was coming to an end, although until now he had set the limit in 2023, the date on which the next Congress of his party should be held and to which he no longer planned to appear. as a candidate to lead it. Iglesias has always assured that he would return to his work as a university professor and as a journalist and that his time in politics was only temporary.

Pablo Iglesias Turrión, graduated in Law and Political Science, has been one of the architects of the revolution in political life in Spain in the last two decades. In the heat of 15M that flooded the country’s squares with “indignant”, his figure began to become known thanks to his participation as a talkative in debates on politics. It was one of the founders of the Podemos political party, contributing to the end of bipartisanship.

His greatest milestone has been entering the Coalition government with the socialist Pedro Sánchez, where his training has held four portfolios, including the second vice presidency and portfolio of Social Affairs, which was led by Iglesias himself and who left just a month ago to stand as a candidate for the elections of Madrid.