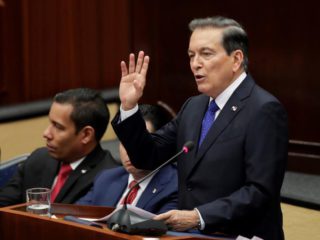 Panama City, Jul 21 (EFE) .- The state Social Security Fund of Panama (CSS) and the Spanish construction company FCC reached an agreement, endorsed by the Executive on Wednesday, for a consortium of Panamanian firms to complete a millionaire work hospital, official sources informed Efe.

“After the transactional agreement, the previous contractor – the company Fomento de Construcciones y Contratas (FCC) – leaves the work and withdraws the arbitration agreement against Panama for differences over the contract before the International Chamber of Commerce that amounted to 175 million dollars “, informed the Panamanian Presidency.

The Panamanian Social Security and FCC had maintained a contractual dispute for almost a year due to delays in construction that had reached an international arbitration court.

Mapfre Panamá SA, as guarantor of the contract that originated the Ciudad de la Salud project, proposed to the Panamanian consortium formed by Constructora Rigaservices, SA; Aprocosa (Administración de Proyectos de Construcción, SA) and CMG (Construction Management Group, SA), which “will continue the execution of the contract with all the rights and obligations derived from it,” said a statement from the Panamanian Presidency.

The consortium, which obtained a financing of 500 million dollars, will resume the work next November and will execute a work schedule divided into four phases with a final delivery date in March 2024, the official information specified.

President Laurentino Cortizo announced Tuesday that a consortium made up of three Panamanian companies would complete the project known as Ciudad de la Salud.

Last October, the CSS announced that a group of Panamanian contractors would undertake the adaptation work to treat patients with covid-19 in the mega-project, after negotiating with the Spanish construction company.

The CSS awarded the project in 2012 to the Spanish construction company FCC, whose largest shareholder is the Mexican magnate Carlos Slim, for an original amount of 587.5 million dollars that, after additions, has risen to at least 769.54 million of dollars.

The City of Health or Hospital City is a set of buildings originally designed to house 43 operating rooms, 1,235 beds and offices for various medical specialties, which is 65% complete.