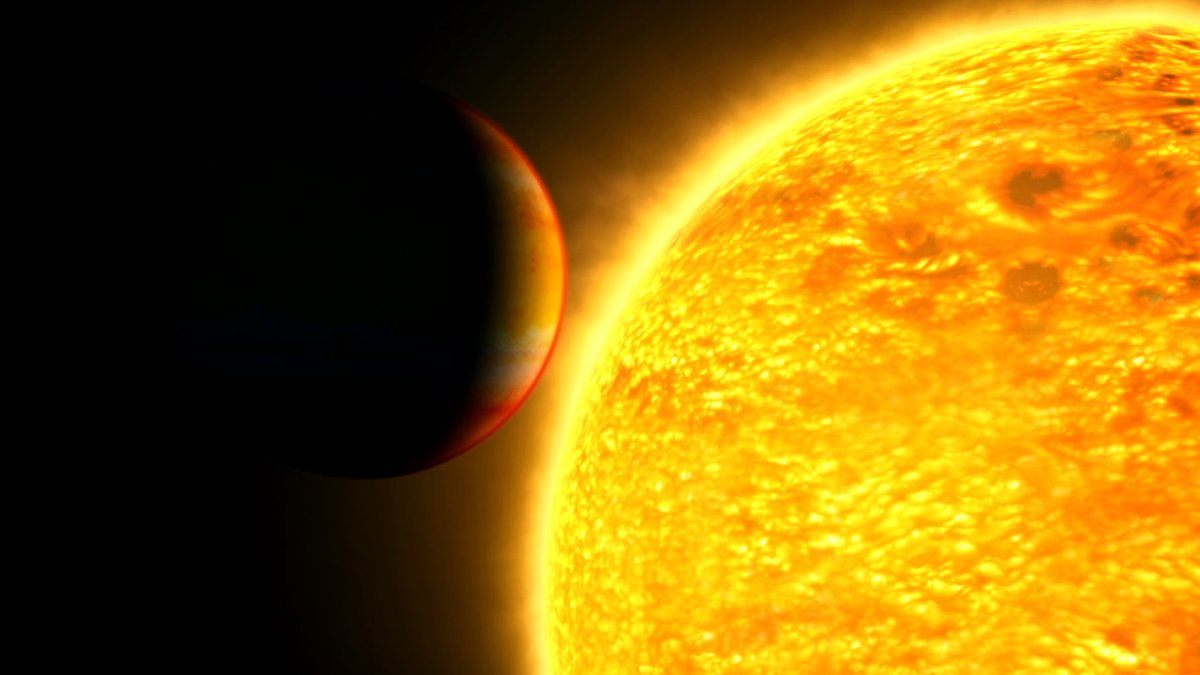 Pandora: Small satellite should help in the search for habitable exoplanets

The search for exoplanets is a long-runner. After all, there is always the question of whether and where in a distant star system there are potential worlds that could possibly have developed life. While the first evidence of exoplanets caused a sensation in the 1990s, thousands have now been detected.

But which of them are worth exploring further? Spectroscopic analyzes can provide information on this. They enable remote sensing of the composition of distant planetary gas envelopes. Scientists are specifically looking for water vapor and organic compounds in the exo-atmospheres, which, according to the current state of research, could be an indication of habitability. Another advantage is that water vapor creates strong absorption bands in the near-infrared range.

Pandora helps you see things through

It is precisely this knowledge gap that a so-called SmallSat called Pandora is now supposed to close. The mission goal is: “What impact can uncorrected errors in data analysis have on the scientific understanding of the atmospheres of exoplanets?” explains the astrophysicist and deputy project manager Tom Barclay. Pandora thus specifically observes the fluctuations in brightness of the stars in order to be able to calculate these optical interference signals from the exo-atmosphere observation in the future.

With its only instrument, a 0.45-meter aluminum Cassegrain mirror, the mini-satellite will spy out exoplanet transits around cool, massive K- and M-type stars, says astrophysicist Benjamin Rackham, who heads Pandora’s Stellar Contamination Science Working Group. When the distant planets pass in front of their star, Pandora will use two detectors simultaneously for the first time: a light-sensitive CCD (Charge Coupled Device) for a broad spectrum of visible light and one for the short-wave NIR range (near-infrared range). “While the optical data convey the star’s fluctuations in brightness, the NIR spectrum enables us to search for the spectral ‘fingerprint’ of water vapor. The second great advantage of Pandora is that it can record very long data sets before and after the transit, particularly the possible stellar fluctuations in brightness will show clearly, “explains Rackham.

“With missions like the Hubble Space Telescope and its successor, the James Webb Space Telescope (JWST), time is a limited factor, so we only get around 40 minutes of observation time before and after a transit. Pandora, on the other hand, only has this one task and This enables us to observe every exoplanet transit 24 hours a day, and we can also observe the same targets up to 10 times a year, “says Rackham happily. “With this we get long-term data sets for optical and NIR spectra for the first time.”

The astrophysicists will then be able to model for the first time which light signals originate from the exoplanet and indicate water vapor – such as in the Martian atmosphere – or even organic molecules – such as in titanium – and which originate from the central star. Rackham then leads the data analysis, i.e. the calculation of the stellar interference signals. The young researchers use this to create digital models in order to better understand the effects of starspot activities on transit observations. In doing so, they solve one of the biggest problems to date in the investigation of alien atmospheres.

Mini satellite on a big mission

According to current plans, Pandora is to be launched in 2024, says Tom Barclay confidently: “The SmallSat will travel as a secondary payload in another project and take its position in a low Earth orbit – since this is a popular orbit, there will be many suitable missions.” The small space probe will support the mighty JWST during its 5-year mission and observe at least 20 stars and their 39 exoplanets. “The JWST will collect the best possible transmission spectra for selected star systems,” says Rackham. Pandora should then helpTo more reliably identify water vapor-dominated atmospheres and find out which planets are covered by clouds and haze.

as SmallSat Pandora is particularly inexpensive to build and operate. NASA had it as one of four mini-missions in the PIONEERS Program selected – PIONEERS has a clear budget of 20 million dollars for 5 years and is aimed primarily at young scientists. The SmartSats, which weigh less than 180 kilograms, are the ideal astronomical vehicles: “The entire observatory is only about 1 m × 1 m × 1.3 m in size, this size configuration is known as ESPA-Grande,” explains Barclay.

The SmallSat is equipped with instruments and technology that have already been developed for other missions, such as a NIR sensor from JWST. “Pandora will use proven technology with the CCDs and NIR detectors, but will combine them in a new way and thus enable new results,” says Rackham. Due to their low development and transport costs, SmallSats enable small missions with very specific tasks and are therefore ideal for supporting larger missions with special tasks.