Paradox CEO acknowledges his "inappropriate behavior" with an employee 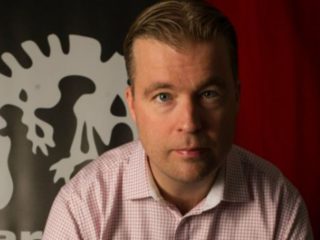 It’s only been a few weeks since the Paradox Interactive co-founder, Fredrik Wester, has taken over as CEO following Ebba Ljungerud’s resignation, but the new boss has already had to publicly apologize. In the heat of accusations of harassment, gender discrimination and bullying within the company, Wester has acknowledged an incident in which he behaved in an “inappropriate” way with an employee.

The confession of the CEO of Paradox

“At the beginning of 2018, we organized an internal company conference. During the meeting, a Paradox employee was subjected to inappropriate behavior on my part”, The manager has written on Twitter, although the account is now protected and it is impossible to access if you do not follow him. “This is something for which I sincerely and immediately apologized to the person in question”, just the following Monday and in a process carried out “by the human resources department.”

Wester adds: “Everyone has right to feel comfortable and safe, especially around a person in a position of power like myself, something I stood for then and now. It has never been my intention to make anyone feel uncomfortable around me, but that is what happened, as much as I regret it. After that episode, I have been working with my mentor to better understand the effects of my behavior. And to improve ”.

On September 1, Ebba Ljungerud resigned unexpectedly, but from Paradox they insist that his resignation is not due to the survey that reflects the supposed culture of silence and bullying in the company. “I understand that this makes my cause less credible when it comes to addressing these issues internally, so I will not be directly involved in it. This will be done by the human resources department at Paradox with outside help. Of course, with my full support if necessary ”, he concludes.

Wester was already CEO of Paradox, but he left his position in 2018, although he assures that he had nothing to do with the situation he relates.