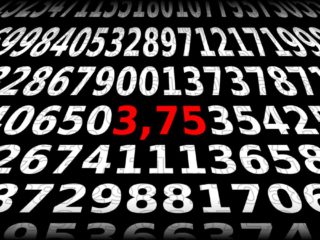 The cradle of the magnetic hard drive lies in the laboratories of International Business Machines (IBM). The IBM 350 was the size of a wardrobe and weighed almost a ton including the cooling system. And the 50 magnetic disks in it were just able to store the equivalent of 3.75 megabytes.

The development of the IBM 305 RAMAC (Random Access Method Of Accounting And Control) began in 1952 in the Storage Development Laboratory newly founded by the computer company. The aim was to enable fast real-time data processing via a computer, which was more effective than the cumbersome and error-prone operation using only punch cards. More and more data had to be processed and the Holerit punch cards reached their limits. Various types of tapes, magnetic drums, and disks were tested for memory management.

Disks as the most effective storage

In the end, magnetic tapes were not used because it was far too tedious to rewind from one position to another. Magnetic, rotating drums, on the other hand, took up too much space, offered too little memory and were therefore too ineffective and expensive. The engineers realized that rotating disks operated by a read / write head were the best and most effective system.

The resulting IBM 350 Disc Storage had the dimensions of two refrigerators. 172 centimeters × 152 centimeters × 74 centimeters resulted in a decent device, which, due to its weight of almost a ton, could usually only be transported by plane.
The hard drive consisted of 50 iron oxide-coated disks, stacked one on top of the other, with a diameter of 24 inches or 61 centimeters, and stacked 0.72 centimeters apart.

Similar to a jukebox, only the record that was just selected and read by the two arms rotated. The disks reached a rotation of up to 1200 revolutions per minute. The storage capacity was divided into 50,000 blocks of 100 alphanumeric characters each, the access time was 600 milliseconds.

The hard drive could theoretically hold the data from a total of 62,500 IBM punch cards. With 80 bytes of capacity per card, that would have been exactly 5 megabytes. However, since the parity bit and the space bit had to be subtracted, the 6-bit system effectively left 3.75 megabytes.

The system was introduced on September 14, 1956, 65 years ago to the day exactly. In addition to the up to two hard disk cabinets, RAMAC also offered a punch card reader, a printer and a drum memory of 32 units of 100 alphanumeric characters each with a rotation of 6000 revolutions per minute. So the system was very, very loud and was usually only operated with hearing protection – on the other hand, even a PS4, whose fan struggles with heat problems, acts like part of a relaxation room.

Available for rent only

And the system needed a good power supply: the hard drive needed a good 2.5 kilowatts. The systems could not be bought, they could only be rented. And that wasn’t cheap: it had to be $ 3,200 a month.

RAMAC’s greatest competitor was UNIVAC – the world’s first commercial computer from competitor Remington-Rand. He had magnetic drums that had an effective read-write process and made the computer faster than the RAMAC. The disadvantage was the storage space: Even with a full set of 10 drums, the UNIVAC only offered about a third of the storage space compared to the first hard disk. That was also the reason why the magnetic drums disappeared from the market after a decade.

There were some further developments until 1959 (Model 2-14), until the RAMAC and with it the production of the first hard drive ended in 1961 after more than 1000 units, replaced by the IBM 1401, and was completely taken off the market in 1969. Areas of application were the authorities, the military and the 1960 Olympic Games, in which a RAMAC was used for data processing. There are also reports that the computer was used in a demonstration at the Milan trade fair in 1960 beat a professional chess player.

The storage capacity of the system could have been set higher back then. But marketing was unsure whether this could be conveyed to people, so they oriented themselves to 5,000,000 characters. Thus, underestimating memory requirements was already an attribute of the first hard drive.

With home computers such as PCs, Macs, Amiga and Atari, hard drives, which were outrageously expensive at the beginning, also found their way into private homes. And, for example, reported Wolfgang Back, veteran moderator of the WDR computer club in the long computer night that a colleague drove from Cologne to Augsburg and bought a 5 megabyte hard drive for an Apple computer at a price of 15,000 Deutschmarks. At the time, he and the other colleagues wondered “how he will ever get it full”.

And the Amiga user will have thought the same at the beginning when the Amiga 590 hard disk with an unbelievable 20 megabytes appeared for the Amiga 500 in 1989 (Monkey Island 2 with its 11 disks only appeared three years later). At least there was a SCSI controller attached to the connector system.

In particular, the memory-hungry PC games of the 1990s created an arms race for hard drive storage. MP3s, films and photos were added later. Nowadays, the good old magnetic disks of solid state disks (SSD) and cloud online storage, at least in the private sector, are being retired – no wonder after 65 years.