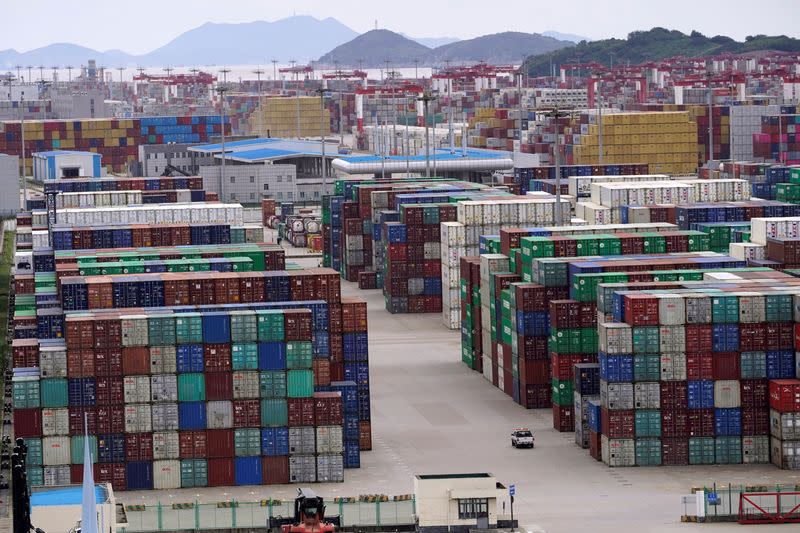 BRUSSELS, Oct 27 (Reuters) – Global bottlenecks are the result of a huge pickup in demand and not fundamental problems in the supply chain, the World Trade Organization’s chief economist said on Wednesday, an opinion that supports the central bank’s claim that it is a transitory phenomenon.

G20 leaders are expected to discuss supply chain bottlenecks and apparent shortages when they meet in Italy this week, but Robert Koopman said policies to address supply chain difficulties were ignoring the main issue. .

“I think the real issue here is demand, and demand is driving what this perception of shortage is even though it’s not clear, to me, that supplies are lower than in 2019, except for things like cars.” Koopman told Reuters in an interview.

“It is part of the cost of the rapid recovery,” he added.

Consumer spending in advanced economies has exploded, helped by fiscal and monetary support, and because of the pandemic it shifted more to home offices and other goods from services, such as restaurants or vacations.

Fears of future supply disruptions have also led retailers and wholesalers to build up inventories.

“Demand has continued to grow beyond the level that the supply chain could provide,” Koopman said.

The official said that in hindsight, automakers had made a mistake by drastically reducing orders during the pandemic, because subsequent demand was well above expectations.