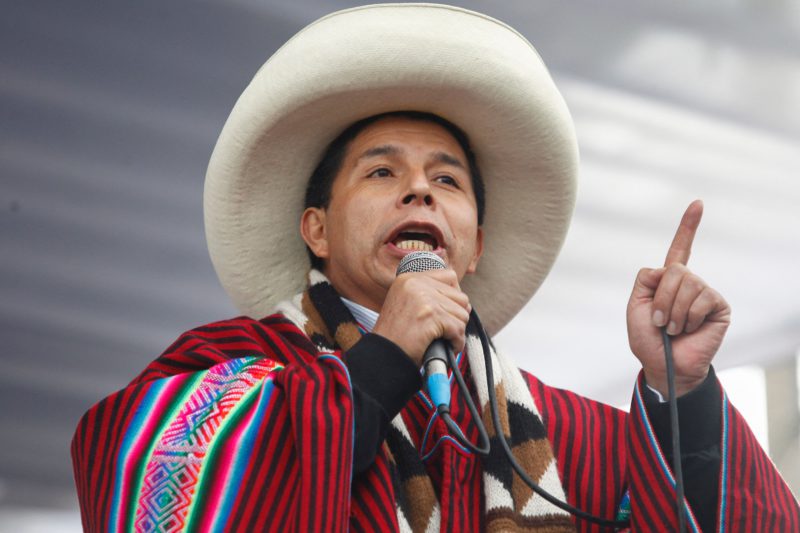 The majority of the Peruvian Congress rejected this Tuesday to admit to debate the “motion of vacancy” for “permanent moral incapacity” against President Pedro Castillo. A total of 76 MPs voted against, 46 in favor and four abstained. To approve the question, 52 votes were needed, that is, 40% of the congressmen present (128).

The figure of vacancy due to permanent moral disability, contemplated in the Constitution, is an extreme mechanism that had only been used three times between 1823 and 2000. In November 2000, Alberto Fujimori resigned the presidency by fax from Brunei after the dissemination of the videos that documented the corruption of his government and of his advisor and de facto head of the armed forces, Vladimiro Montesinos. The autocrat traveled to a summit in Brunei and did not return, so Congress approved the vacancy to name a transitional president who called elections.

However, in the last five years, the Fujimori opposition and its allies in Congress have resorted to the vacancy figure five times to get rid of their political adversaries. In December 2017, they promoted the vacancy of Pedro Pablo Kuczynski but did not succeed, and three months later – when they obtained 87 votes – the banker and economist preferred to resign. Against Martín Vizcarra, Kuczynski’s successor, there were also two votes for the vacancy: the first – in September 2020 – did not go ahead, but two months later it was approved.

The vacancy proposal against the rural teacher and trade unionist Pedro Castillo was presented a couple of weeks ago by the congresswoman of the right-wing Avanza País party Patricia Chirinos and was immediately backed by the leader of Fuerza Popular, Keiko Fujimori, who lost the second-round elections turned against the current Peruvian president and claimed an electoral fraud that did not exist.

Chirinos alleged that the president appointed ministers “related to terrorism” and requested an explanation for the interference of the secretary of the presidency Bruno Pacheco in the military promotions and in the tax collecting entity, where he requested preferential treatment for a company. In addition, he attributed to the Castillo government an alleged “rapprochement with undemocratic regimes” such as Venezuela.

Pacheco left office on November 19 after Prime Minister Mirtha Vásquez called his actions “very serious”. “It should step aside until it is investigated,” said Vásquez. At that time, the Comptroller’s Office and the prosecutor’s office had already begun investigations against Pacheco for possible influence peddling.

Criticism for the lack of transparency in the Executive revived a couple of Sundays ago. A television channel presented a video of the president entering a house in Lima in October that was his second-round campaign bunker, but also the site of his first meetings as president when he did not want to serve in the Government Palace. The Comptroller’s Office called Castillo’s attention in August, since appointments in said building were not registered in the presidential visitation system. The president explained days later that he had personal or family meetings there, and the prime minister assured that – to avoid speculation – there would be no more office at that address.

During the debate in the plenary session of Congress this Tuesday, the spokesman for Fuerza Popular, Hernando Guerra García, affirmed that the president “does not demonstrate the ability to distinguish good from evil,” and that is why his bench would vote in favor of the vacancy. Another bench that voted in favor, of the far-right Popular Renovation party, admitted that it knew that the 87 votes would not be achieved to remove Castillo from office, but said that this was how the occasion was used as a “control” mechanism, so that the president he would be forced to attend Congress to give explanations and answer about the military promotions, but also about his “clandestine” meetings outside the Government Palace.

The Purple Party congresswoman Flor Pablo clarified that Congress could not use the vacancy figure as a mechanism of political control. “We cannot use the rules in our opinion, we are exacerbating this crisis. We are not going to vote in favor, but support for the Government is not a blank check. We have to continue using other mechanisms of the Constitution such as the interpellation that we have made to the Minister of Education this morning, ”noted the parliamentarian and former minister of that sector.

Peru Libre, the party with which Castillo came to power, and his allies on the moderate left, Together for Peru, argue that the conservative parties that lost the election announced their vacancy from the first day of the new government. “This vacancy motion is focused on ignoring the electoral results, it has no legal basis and responds to an electoral revenge,” said Ruth Luque, from Together for Peru. The Peruvian president was saved this time, but if he persisted in his mistakes – in four months in office he has changed prime minister twice and more than half of his Cabinet – he will meet again with the opposition, which could raise other motions of vacancy.

Subscribe here to the newsletter of MRT América and receive all the informative keys of the current situation of the region.