Home
World
Peru and the price of uncertainty

Peru and the price of uncertainty 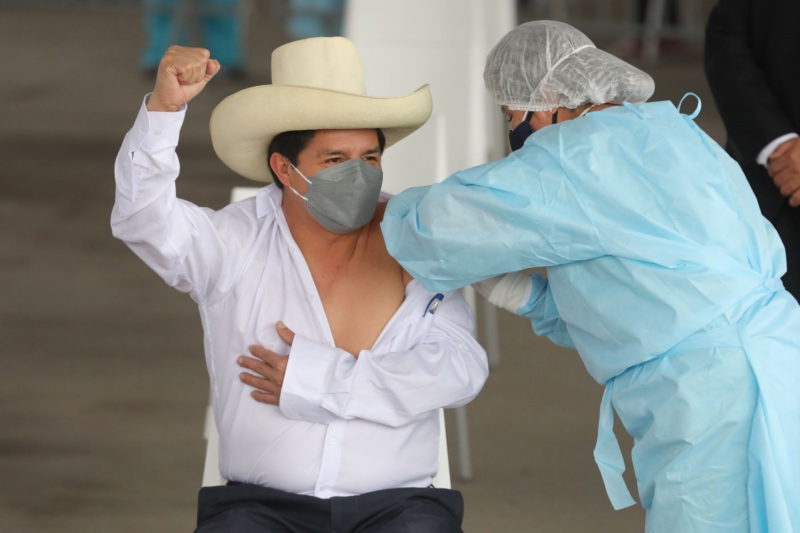 President Pedro Castillo has been in charge of the Government of Peru for just a week and the daily life of Peruvians has already changed. The aggressive reaction of the markets to the new Administration, with falls in the stock market and a strong depreciation of the currency, has resulted in an increase in the price of basic products such as oil and chicken. It is a consequence of uncertainty, analysts and experts say: it is not known what to expect from Castillo and what is known so far does not reassure investors.

The case of Peru, an emerging economy that managed to reduce poverty through fiscal discipline and the opening of its markets, illustrates the enormous power of the global financial system. The markets, anticipating what could happen, end up generating a pernicious cycle that affects not only public finances, but also the economic conditions of the country. The alternative, however, would imply a return to the hyperinflations that have weakened Latin American countries in the past.

Castillo, a rural school teacher nominated by a radical left party and with a nationalist platform, won 19% of the vote in the first round of elections in April. To win the second round, he put together a plan that he called Centenario, with which he positioned himself a little more towards the center to attract moderate left voters. But for the forces that move the economy it did not seem enough. The Peruvian sol has devalued 12% against the dollar since April, despite large investments made by the central bank to contain the collapse. “We Peruvians hoped that both the speech and the Cabinet would represent this movement towards the center,” says Luis Alberto Arias, a Peruvian economist and former vice president of the Central Reserve Bank. “The speech showed a movement towards the center, but the Cabinet did not.”

On his first day as president, on July 30, Castillo appointed Guido Bellido, leader of the Peru Libre party, which calls itself the radical left, as prime minister. This took the markets by surprise and generated a strong reaction in the stock markets and a fall of the sun against the dollar. The appointment of the portfolio of Economy and Finance was not made on the first day. Castillo had said that he would go to the renowned economist Pedro Francke, a member of a center-left party, whose appointment was not confirmed until days later, apparently due to the distrust that Bellido’s election generated in the more moderate wing.

This, in turn, raised doubts about the agreements between Francke and Castillo and their long-term tenure in the post. In parallel, Bellido traveled to the south of the country to meet with residents of a community that for years have asked for an end to the pollution generated by the Chinese mining company MMG-Las Bambas. In the days prior to Castillo’s inauguration, the villagers had blocked the roads in protest. A couple of days before, on the day of the inauguration, a non-governmental organization reported that the police repression left 15 injured in the area. The Minister of Energy and Mines Iván Merino, for his part, met with representatives of four Chinese mining companies operating in the country. Castillo wants to change the rules of mining, one of the main sources of income for Peru, so that the State has a greater participation and intervention, so the meetings of Bellido and Merino contributed to the reaction of the markets in those days. .

“It was curious that there was a roadblock in the early days and that the prime minister was to resolve the issue. We don’t know if he offered something or not, but what seems to be coming is a complete cancellation of Tía María, which is a highly symbolic project, ”says Arias. It is estimated that investment in the mining development in Tía María, in Arequipa, will cost 1,400 million dollars to the Mexican company Southern Copper Corporation, which already has the permits issued under the previous Administration. Castillo’s party, Peru Libre, has called for the project to be canceled.

Peru is now in an advantageous position. Metal prices have risen from the recovery in the largest economies and profits from a project of this magnitude would be very high, says Arias. “It is the ideal time to make new large investment projects and we are at risk of this wave passing us, because there will be no new investments,” adds the expert. “That will not have an impact in the short term, that will have an impact in the next 10 or 15 years, we are talking about the potential growth of the economy at high risk.”

Francke has insisted that under Castillo there will be no expropriations or price controls and this is feasible, since the president would need congressional approval to do so and his party is not close to the majority. The resistance to the new government is such that congressmen from opposition parties have already threatened to call for Castillo’s vacancy, a form of dismissal contemplated in the Peruvian Constitution in which Congress can declare that the president has a moral incapacity to govern, which that creates a power vacuum.

Meanwhile, inflation in Peru rises and exceeds the target range for the second consecutive month. Basic foods such as oil and chicken cost more because they are linked to raw materials that must be imported and, with the depreciated currency, they are more expensive. If Castillo decided to cancel the Tía María project or if Congress refused in the next three weeks to ratify the appointments to the Cabinet, that would impact the investment grade of the sovereign debt, increasing the interest that the Government pays to the holders. “A pernicious cycle would materialize with more negative consequences than we are seeing. We are heading for a collision, but we still have time to avoid it, ”says Arias.

Arias is optimistic and hopes that Castillo will change course, make high-level appointments in the remainder of the Cabinet and that Congress will accept him. However, he does not deny that there is a possibility that the uncertainty will continue. “Apparently what a sector of the government wants is for the political confrontation to continue to increase, for the contradictions to be exacerbated. This will mean that the exchange rate rise is not corrected and that finally those price increases that are already being felt are transferred with greater force to expectations and the entire economy begins to readjust prices based on these expectations and, there yes, the bank central is forced to withdraw the monetary stimulus ”.

Latin America has had harsh lessons when it comes to monetary policy. In the 1990s, many governments financed themselves by issuing money through the central bank, leading to crisis and hyperinflation a few years later. Argentina, for example, has not yet fully recovered confidence in its currency and countries such as El Salvador and Ecuador have opted to dollarize. To prevent history from repeating itself, countries like Mexico and Peru gave their central banks autonomy and began to finance themselves through national and international debt. This implies an inevitable integration into the global financial system.

“Nationalism is important, sovereignty and politics are of course important, but we cannot deny that today we are a globalized world,” says Arias. Those who lend resources to the Government “are very attentive to the actions of the Government and they know very well that if they do things wrong, if they want to continue being financed, they will have to offer a higher return. So, today it is not possible for a country that is integrated into the economy, as Peru is, to do the wrong things and not expect the markets to not react ”.

Castillo’s electoral victory is due in large part to the disillusionment of millions of Peruvians with the economic model, which has resulted in less poverty but also more inequality and a deterioration in the quality of life of those who live in the countryside and far away. from the city. “It is perfectly valid for a left-wing party to win an election, just as it is also valid for citizens and investors to demand that the Cabinet be a high-level technical one,” says Arias. “That a different policy be made, yes, but in a reasonable and professional way. The model must improve and change, but the good must be preserved ”.