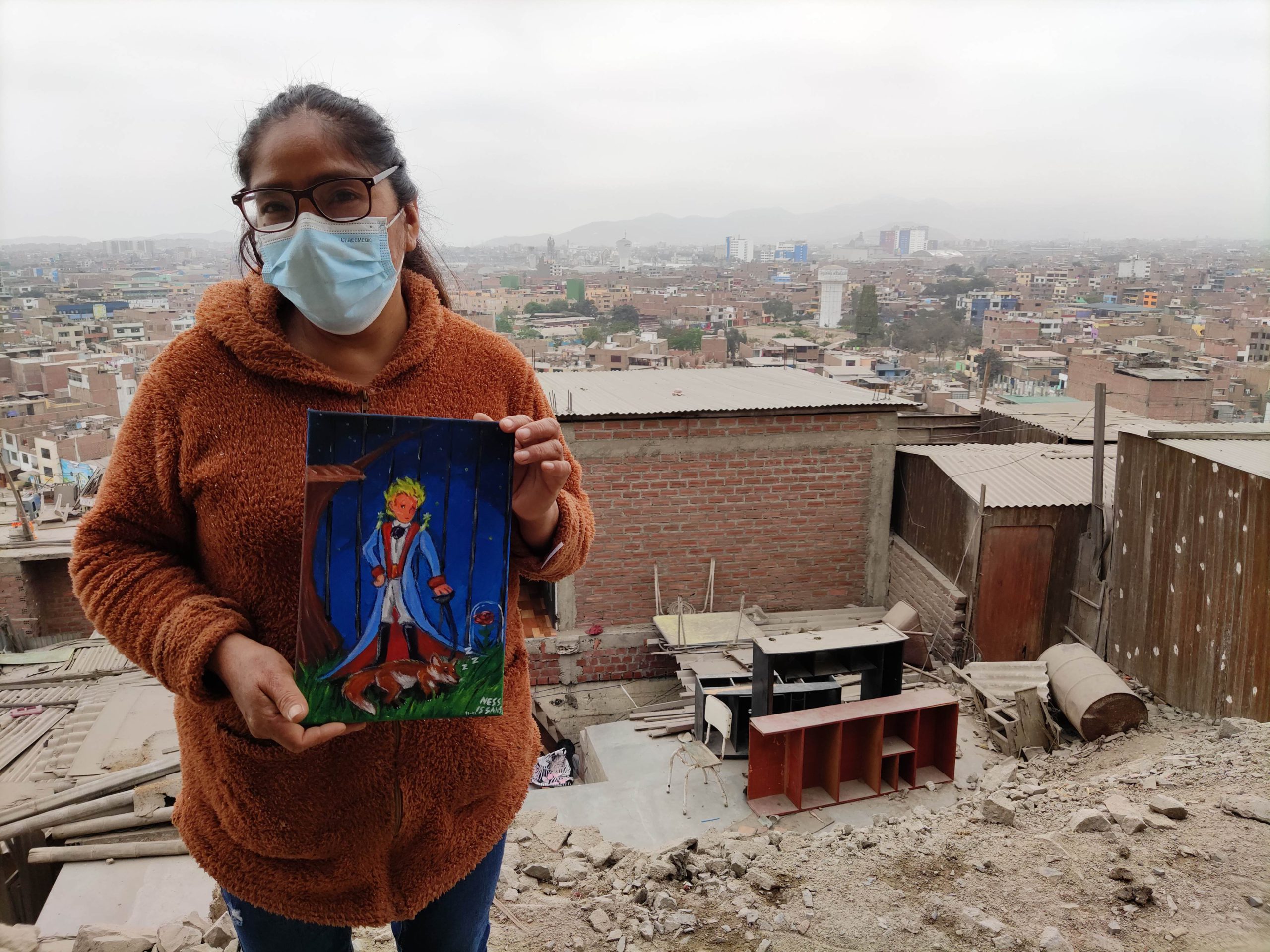 Peru follows the fate of Run Run, the fox that was bought as a dog | International

Maribel Sotelo never thought that her family would end up in the media. The story began last February. Her teenage son wanted a pet and bought a small dog in the center of Lima (Peru). He chose it when he saw him wounded in the head with the intention of curing him, but after a few weeks the tail revealed that it was not the cub that he had been told, but an Andean fox. For eight months the family tried unsuccessfully to get the wildlife authorities to take care of the animal and return it to its habitat. The specialists and the forest police only appeared after the television cameras told the story of the fox Run Run, already a regular in the neighborhood.

The passage from freedom to captivity Lycalopex that he played with the dogs in a poor neighborhood and received food from the neighbors has sensitized all who heard of his story. After their rescue, the number of reports of discovery or abandonment of species before the Forest and Wildlife Service (Serfor) in the department of Lima and in other regions has grown by 50%.

Ronald, 16, is a senior in high school. He had saved money by playing in the streets with his father during the pandemic. Her mother had pulmonary fibrosis and they moved into a larger, more ventilated home in February. They settled in the Sol Naciente human settlement, in the Comas district, located in North Lima. There the parents gave him permission to have a pet. “When I bought it small, it had head wounds and blood from its ears. I wanted to heal it. Days later, as he grew older, we saw his tail and made reports to Serfor. I communicated three times and my mother did too, but they did not come ”, says the student, who plays the trumpet and is preparing for his access to the Conservatory of Music.

Maribel Sotelo went to more state entities to rescue the little fox. “I went to the Sinchi Roca zonal park (which has a mini zoo), but everyone said that due to a pandemic they couldn’t do anything,” recalls the 53-year-old woman. One day in May, amidst unusual thunder and lightning in Lima, the animal ran away from home scared. For two months he continued to go to the house to feed himself daily, but then the neighbors began to give him food and he did not return. Since then, he lived on the hill of stone and land of the Rising Sun. He walked with the dogs and slept on the roof of another house, higher up the hill.

In the neighborhood they grew fond of him, but one day he killed several guinea pigs (guinea pigs) and ate one. “He was very clever, he destroyed a neighbor’s corral. It would be his instinct, ”says Luz María Uman, a resident of the neighboring neighborhood, Ampliación Sol Naciente, by phone. It was she who told the television channels that a fox was free in Comas. “I know from the news that he will be quarantined for 30 days. Sometimes I feel a little guilty for having warned him because he is now in captivity, ”adds Uman.

Run Run was captured one night after Serfor specialists threw a dart at him to put him to sleep. “They took him away quickly, they didn’t tell us. That night we cried with my son, but later they explained to us that it had to be this way because his body is very strong and the effect of the tranquilizer was going to wear off. Although the plan was to take him to the Huachipa Zoo (in East Lima), they went to the Parque de las Leyendas because it is less distant, ”says Sotelo. “I know that Runcito it’s okay. Every time I call, Serfor specialists inform me. We are waiting for the end of the quarantine and the evaluation of his behavior to go see him. The neighbors also want to visit him ”, says Ronald’s mother. The woman spent about $ 90 to reimburse the losses of guinea pigs, a chicken and a duck. “He doesn’t know how they insulted me, but another part of the neighbors fell in love with him,” he says.

According to Serfor, veterinarians at the Parque de las Leyendas, a zoo in Lima, have performed blood and parasitological tests on Run Run. “Currently, he receives the necessary care to ensure his nutrition and well-being,” says the entity. The institution clarifies that although it received a report months ago of the presence of an Andean fox in Comas, when they contacted the person, he said it was from a neighbor. “The location and photographs of the specimen were requested, but the lady did not communicate again,” they say.

But the case might not end here. A lawyer has requested that the fox be transferred to a wildlife conservation center to try to return it to its habitat in the future, reports Trade. “By putting it in a zoo they have condemned the little fox Run Run to be the object of our curiosity and morbidity, one more object of exhibitionism,” says the lawsuit. From the zoo they assured that he is still in forty temporarily and that he could later be transferred.

According to the Special Prosecutor for Environmental Matters (FEMA), so far in 2021 it has received more complaints for the crime of abandonment and acts of cruelty against wild and domestic animals than in the previous four years. Until the first week of October, it registered 716 complaints. This year, in 240 anti-trafficking operations, it rescued 766 wild animals “extracted from their natural habitat to be sold illegally,” the specialized prosecutor’s office reported.

Last week, the Ombudsman’s Office, FEMA and civil society organizations warned that the Congressional Justice Commission had modified the opinion of a bill that sought to include the illegal trafficking of species of flora and fauna in the law against organized crime. The new ruling ruled out the classification of organized crime. In doing so, it would provide the police, the Prosecutor’s Office and the Judiciary with tools for “greater efficiency in the investigation, prosecution and penal sanction of crimes against natural resources,” warns an official letter from the Ombudsman’s Office sent to Parliament.

The Ombudsman’s Office highlights that Peru is one of the countries with the highest concentrations of wild species on the planet and one of the 12 megadiverse countries, which is why a legal framework is necessary to protect them. According to this entity, Serfor rescues about 4,000 live specimens each year. In the public debate, specialists already call the budding norm the Ley Run Run.