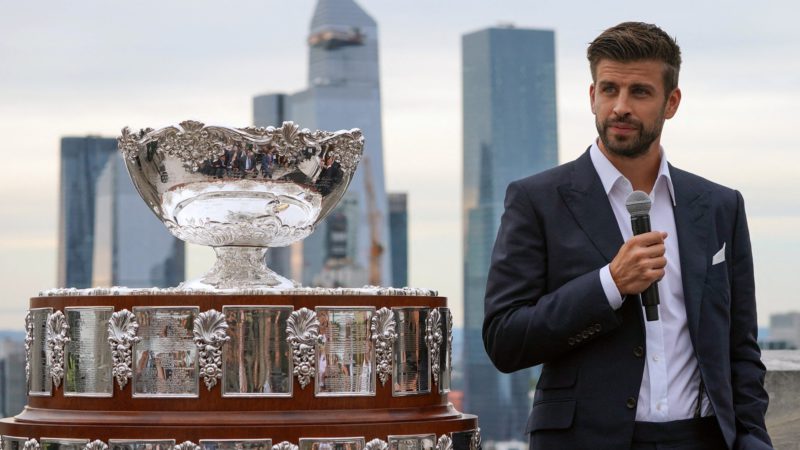 The Davis Cup will leave Madrid for the next few years and everything points to United Arab Emirates. Abu Dhabi can become the headquarters of the colloquially known as the Tennis World Cup thanks to a multi-million dollar and multi-year agreement between the company promoting the event and chaired by Gerard Piqué, Cosmos Tennis, and the capital of the eastern country.

The English newspaper The Telegraph advance information by which Abu Dabi It would be the headquarters of the Davis Cup for five years, starting in 2022. This date would serve as the starting point for a three-way union between the United Arab Emirates, Cosmos Tennis and the ITF –International Tennis Federation– in which the most emblematic tournament on the calendar would travel many kilometers from its main traditional centers, such as Europe and USA.

The astronomical offer arrived from the United Arab Emirates would have been enough to fulfill the claims of Pique and his company, which they promised after gaining organizational control of the Davis Cup a investment of 3,000 million euros for the next 25 years. The two experiences in Madrid, in 2019 as the sole venue and in 2021 with Turin and Innsbruck as sub-sites, have not been enough to maintain in Spain and Europe a tournament that now aims to fly thousands of kilometers succumbed by petrodollars.

The organizers deny the agreement

The ITF issued a statement on Wednesday announcing the decision to meet the new Davis Cup venue from 2022 at the end of this year’s finals. «Speculation about a new Davis Cup host they are not new. The ITF is reviewing potential host cities for 2022 with Kosmos and hopes to make a decision at the end of the Finals. Official sources of Cosmos they assure OKDIARIO that even there is no decision made on the city that succeeds Madrid as the host of the Davis Cup.