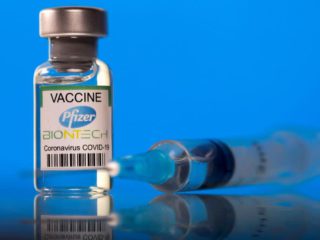 Sep 15 (Reuters) – Pfizer Inc said US regulators should approve a third booster dose of its COVID-19 vaccine six months after the second because of declining effectiveness over time, according to documents the firm filed. to the Food and Drug Administration.

The FDA released the documents Wednesday, ahead of a meeting of an external panel of experts that will decide on Friday whether or not to recommend US regulators approve the additional injections.

Pfizer said data from its own clinical trials showed that the vaccine’s effectiveness dropped by about 6% every two months after the second dose. It also indicated that the incidence of new cases in that trial was higher among people who received their injections before.

The drugmaker also pointed to real-world data from Israel and the United States showing a decline in the efficacy of the vaccine, developed in conjunction with German firm BioNTech SA.

A clinical trial with about 300 participants, he said, showed that a third dose elicited a better immune response than the second. He also pointed to data from the booster program started in Israel to show that the third dose restores high levels of protection against the virus.

The FDA has yet to release the report with its opinion on the matter.

(Reporting by Michael Erman; edited in Spanish by Carlos Serrano)