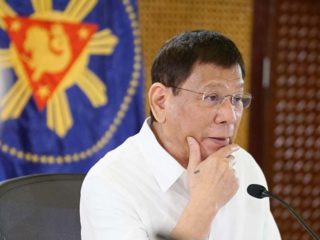 By express order of the president of the Philippines, Rodrigo Duterte, the members of his cabinet will have to obtain their consent to appear in the investigations that the Senate carries out, according to a statement from the Presidency from the country.

“I will demand that each member of the cabinet clarify with me any invitation, and if I believe that (…) they will harass him, they will reprimand him (…) I will not allow him to attend,” the president said in a televised speech on Tuesday.

Similarly, he warned the senators themselves: “I will limit them to what they can do” with respect to the Executive Branch, he said, adding that only if he himself considers that the appearance of his officials is required “in accordance with the truth.” , will give its consent.

The order comes shortly after Duterte criticized lawmakers for investigating government spending of more than $ 1 billion in funds against the COVID-19 pandemic, while the Philippines comptroller pointed to “deficiencies” in the transactions.

Faced with these accusations, the Secretary of Health assured in August that no money has been “stolen.”

The president has also previously denied claims that medical supplies, such as personal protective equipment and masks, have been purchased at overpriced prices.

A government critic, Renato Reyes, warned that with this provision Duterte seeks to cover up “the truth about corruption,” reports Reuters.