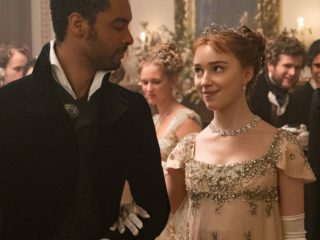 Phoebe Dynevor says goodbye to rumors about the departure of her co-star Regé-Jean Page.

While appearing on the June 8 episode of The Tonight Show with Jimmy Fallon, the star of Bridgerton explained the real reason behind the departure of the now infamous Duke of Hasting. As fans already know, Regé did not technically choose not to return for the remaining seasons, but only signed on to star in season one, with the knowledge that his story arc would end there (based on the original books from which it was derived. the Serie).

When asked if this was the real reason for Regé’s departure, Phoebe explained, “I think every … the special thing about Bridgerton, which I think not many shows actually do, is that each season centers around a story of different love. So, the second season focuses on Anthony, my older brother, and his kind of coming into the season and hopefully finding a mate. So each story focuses on a different relationship. I’m very excited to see the show as an audience and see what he has in store for him. “

For Bridgerton fans who are eager for more information on when we can expect filming to begin for season two, they will be happy to hear that the Netflix series is already on the move again.