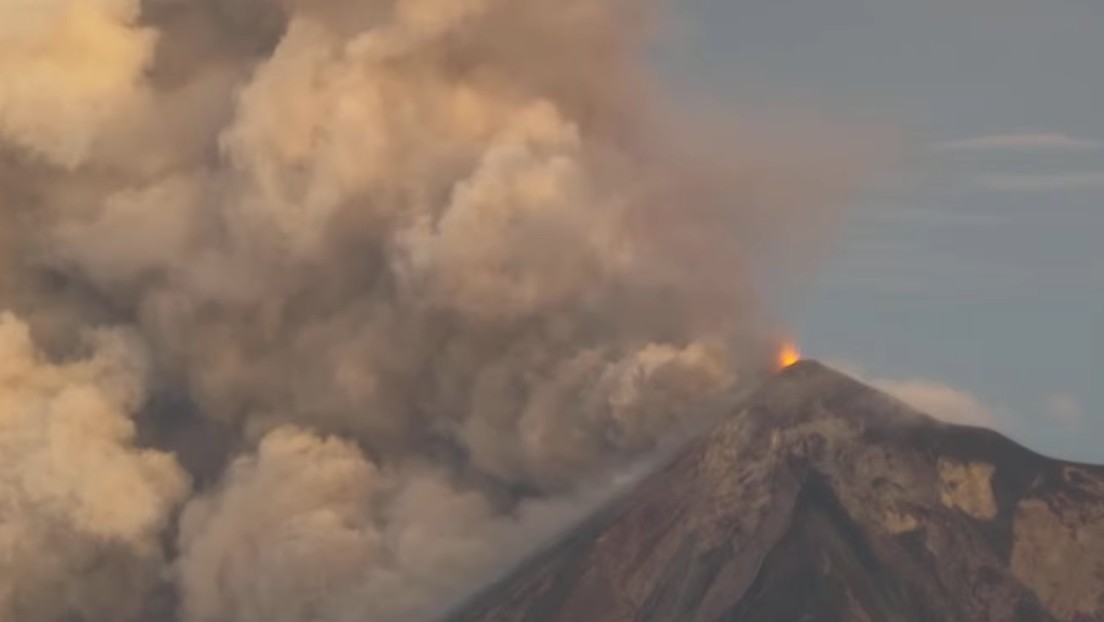 The Fuego volcano in Guatemala, one of the most active in Central America, entered the eruption phase this Thursday, local authorities reported.

According to preliminary reports, the eruption “produced the descent of pyroclastic flows towards the Ceniza gorge”, and is also expected to affect the Trinidad gorge. Photos and videos are already circulating on social networks that show a dense column of gases and ash near the volcano, located about 45 kilometers west of the Guatemalan capital.

The bulletin of the National Coordinator for Disaster Reduction of Guatemala (CONRED) details that the main communities affected by the ash fall are Panimache I and II, Morelia, El Porvenir, Santa Sofía, Sangre de Cristo and San Pedro Yepocapa.

Activity is reported in the Volcán de Fuego and at the moment authorities are verifying the conditions of the surrounding communities. Pyroclastic flows are recorded in the Ceniza and Trinidad ravines. Via @MarcosCahuex___pic.twitter.com/M50mgMplZ8

Pyroclastic flow towards the Ceniza ravine of the Fuego volcano, which started at 5:37 a.m. View from zone 1 of Guatemala City pic.twitter.com/QQjkGXabQB

VOLCANO DE FUEGO Ash fall is reported in communities of Morelia, Panimache 1 and 2, Sangre de Cristo, at the moment there is no direct impact on the pyroclastic flow in the communities surrounding the volcano, monitoring is being maintained William Chigna, Prevention Unit in Volcanoes pic.twitter.com/fn24sqZZSr

VOLCANO DE FUEGO The colossus continues with its eruptive phase, generating a decrease in flows in the direction of the Ceniza ravine, which generates ash fall in the communities of Panimache I and II, Morelia, El Porvenir, Santa Sofía, Sangre de Cristo and San Pedro Yepocapa.INSIVUMEH. pic.twitter.com/1R1xUPqoUT