PHOTOS: The prototype of BMW’s new futuristic scooter is seen being put to the test on the road 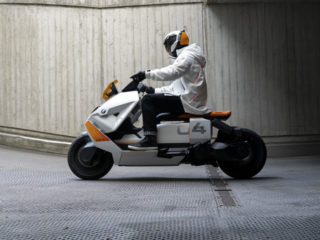 A prototype of an electric ‘scooter’ from the BMW company was recently seen being put to the test. It is the Definition CE 04, whose concept, with a futuristic appearance, was presented by the German automaker in November and of which details were not known until now.

In several images released by the media Decoches This month, what could be the production prototype is seen being driven on a road. The design remains almost faithful to the original model, except for some elements that, judging by the photographs, were discarded in favor of practicality.

A rear fender with license plate bracket, new lights and turn signals, and a pair of rear view mirrors have been added to each side of the handlebar. Perhaps the most outstanding among the modifications is a significantly larger 10.25-inch digital color panel, collects the specialized portal Electrek.

The German manufacturer has yet to reveal the technical specifications or other details of this urban electric scooter. However, it is estimated that it can offer a speed of more than 100 kilometers per hour and power and performance similar to those of the BMW C Evolution, a pioneer among electric scooters.

Now, it is only a matter of time before it is launched in global markets.