PHOTOS, VIDEO: Turkey evacuates the resort town of Bodrum for forest fires, and Erdogan admits they would be caused 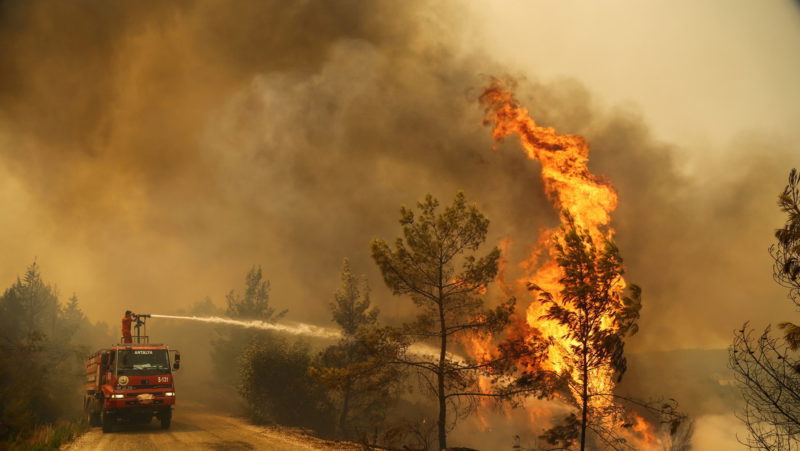 As Turkey fights for the third day in a row against the massive forest fires in the south of the country, the authorities suspect they may have been started.

According to Turkey’s Agriculture and Forestry Minister Bekir Pakdemirli said on Twitter that 101 fires were recorded between July 28 and 31. 91 of them have been controlled.

However, the rest still threaten settlements and tourist spots in the country. In particular, this Saturday the fire approached the city of Bodrum. Tourists were evacuated from their hotels. In images captured in the area you can see the forest burning near the buildings.

The fire grew in Bodrum. Announcements are made for the evacuation of houses and hotels. pic.twitter.com/bwvjdTPd3W

In another recording, several animals are seen fleeing the fire.

#BodrumThe situation of the wild animals trying to save their lives by escaping from the fires that have been going on for days is devastating! We’re on fire! #BodrumFire#PrayForTurkey#Turkey is burningpic.twitter.com/FZjX2YIIdG

To date, there have been six fatalities, details Al Jazeera.

For his part, the President of Turkey, Recep Tayyip Erdogan, declared the affected areas as catastrophic zones. Speaking in the city of Manavgat, the president asserted that he does not want to politicize the fires, but is “considering the possibility that they were started.”

“It is our duty to find those who burned our forests […]. With the permission of Allah, Turkey will soon erase the traces of these fires “, wrote Erdogan on his Twitter account.