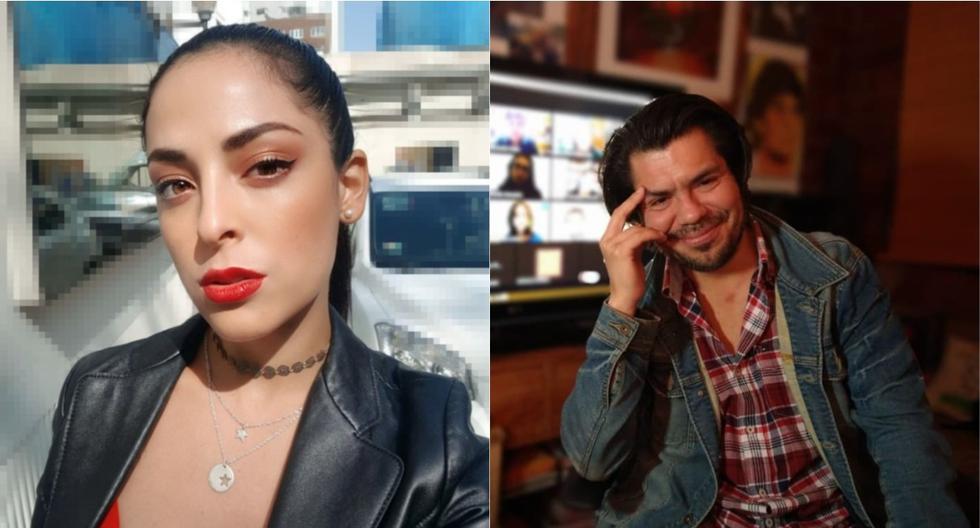 Pietro Sibille He caused a stir on social networks after in a message posted on his Instagram profile, he assured that his ex-partner Andrea Luna was unfaithful to him with fellow actor Andrés Wiese, whom he described as “stupid”, after both were caught kissing in a nightclub in Miami, United States.

Pietro assured that he could not bear the “lie” and described Andrea Luna’s version as “false”, regarding the fact that both had already ended their relationship before the ampay.

“Yes. I could not bear the lie anymore. What Andrea Luna said is totally false. We were together when he did what he did with that idiot Andrés Wiese (he’s not even a good actor). Point”, It can be read in the message posted on his Instagram, which was accompanied by the lyrics of a song by Joaquín Sabina.

However, this morning the actor decided to delete this message from his social networks, just minutes after Andrea Luna came forward to respond.

With a photograph of him and an extensive message, Andrea Luna clarified that during her relationship with Pietro Sibille she was “blackmailed” to continue together. In addition, he claimed to have evidence of the mistreatment of which he was a victim.

“Hi guys. I woke up to the news that Pietro Sibille (who is surely drunk and mistreating someone) said that I was supposedly ‘unfaithful’ This is completely FALSE! I was trying to get out of this toxic relationship for years where I was physically and psychologically abused. “, he began in his message.

“I was blackmailed into following a relationship that had no head or tail, where this man told me that if I did not continue with him he would commit suicide. Where he came to my house completely drunk yelling at me that I am nothing or nobody and that I must thank him for all that I am because he is the best actor in the world. I have videos, I have messages, I have audios, which I have not taken because I have tried to protect it. And family and friends and acquaintances who have witnessed the constant abuse to which I have been exposed ”, he added in his message.

Andrea Luna described her ex-partner as “cruel, selfish, you have alcohol and drug problems and I took great care of you for 7 long years despite your mistreatment.”

“But this plan to make me look like the witch I will not allow. Ripe. You are almost 45 years old. Machismo and abuse towards women must be exterminated and you should be an example for those boys who follow you without knowing what is really after you. I’m so sorry, but this won’t kill me. It’s enough”he added in his message.