Player graphics cards: AMD and Nvidia are ending driver support for many GPUs 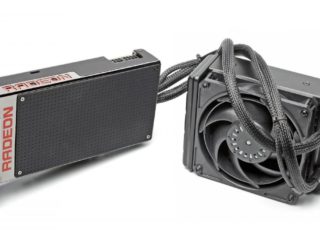 Both AMD and Nvidia will limit driver support for older desktop graphics cards and notebook graphics chips in the future. AMD saws off all models of the Fury, Nano, 300 series and older, Nvidia the Kepler GPUs of the two GeForce series GT (X) 700 and GT (X) 600. In addition, graphics drivers from both companies only appear for Windows 10 (And in the future Windows 11, the rumors should come true).

The Radeon graphics cards R9 Fury X and R9 Nano appeared in the summer of 2015 as the first player models with HBM stack memory. At the same time, AMD reissued the 200 series as the Radeon Rx 300. All GPUs use older architecture versions of the Graphics Core Next (GCN), as well the affected series HD 8000 (only in complete PCs) and HD 7000 as well as the integrated graphics units of all combination processors before Ryzen.

More recent offshoots of the RX 400, RX 500 and RX Vega series will continue to receive driver updates. The completely overhauled RDNA architecture has been used since the RX-5000 graphics cards.

Nvidia’s 700 series hit the market in spring 2013, led by the GeForce GTX 780 Ti. The models were improved versions of the 600 series – both with Kepler architecture. The only two exceptions were the GTX 750 Ti and GTX 750 as the first Maxwell offshoots that According to the announcement, Nvidia continues to supply drivers for the time being. Notebooks with Kepler GPU have not received any driver updates since April 2019.

In the case of AMD, the Radeon software Adrenalin 21.5.2 is the last available driver for all affected GPUs. Version 21.6.1 with the upscaler FidelityFX Super Resolution was released exclusively for the Radeon series RX 400 and up. Nvidia has granted more delay and promises game-ready drivers for the 700 and 600 series GeForce graphics cards by October 2021.

Both companies will continue to update their legacy drivers should they become aware of security vulnerabilities.