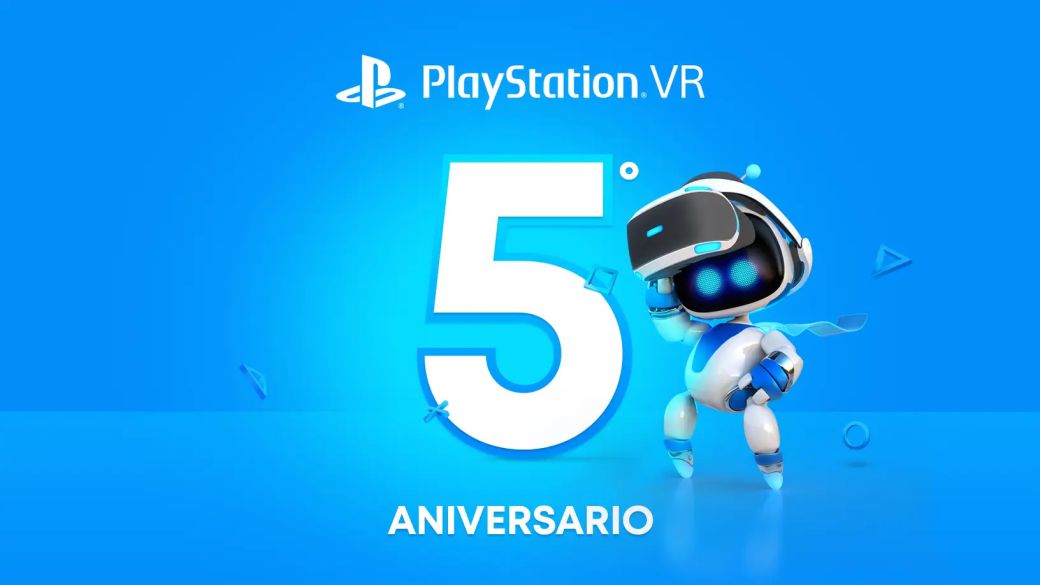 PlayStation celebrates the fifth anniversary of PS VR with a special promotion for PS Plus subscribers. Starting in November, three extra VR games will be added to the monthly rotation at no additional cost. We will know more details “in the next few weeks.”

“Today marks the fifth anniversary of the day that PlayStation VR was introduced to the world, and we want to take this moment to thank all of our fans and the incredible community of developers who have embraced this platform and supported PS VR from the beginning.” comments Isabelle Tomatits, Senior Director of PS VR at Sony Interactive Entertainment, who celebrates at an entry at the playstation blog this date.

The Japanese company has offered some interesting details about the use of peripherals in various regions of the world. Rec Room has been the most played PS VR title globally, followed by Beat Saber, PlayStation VR Worlds, TES V: Skyrim VR and Resident Evil 7. In Europe the titles remain almost in the same position, but Job Simulator and Firewall: Zero Hour are fourth on the US list. and fifth position, respectively. In Japan the trend is marked by the success of Capcom: the seventh numbered installment of Resident Evil is in the lead. Gran Turismo Sport closes in the queue.

Sony will continue to bet on this field of video games. The PS VR viewer will feature a new generation second version that will give “A dramatic leap” both in performance, interaction and immersion. “It will improve the resolution, the drawing distance” and the response, the company assured during the first half of 2021. We know that this year will not be the one chosen to see it on the market, and that it will present a couple of controls that will succeed the usual ones PlayStation Move. You can see them in detail here.