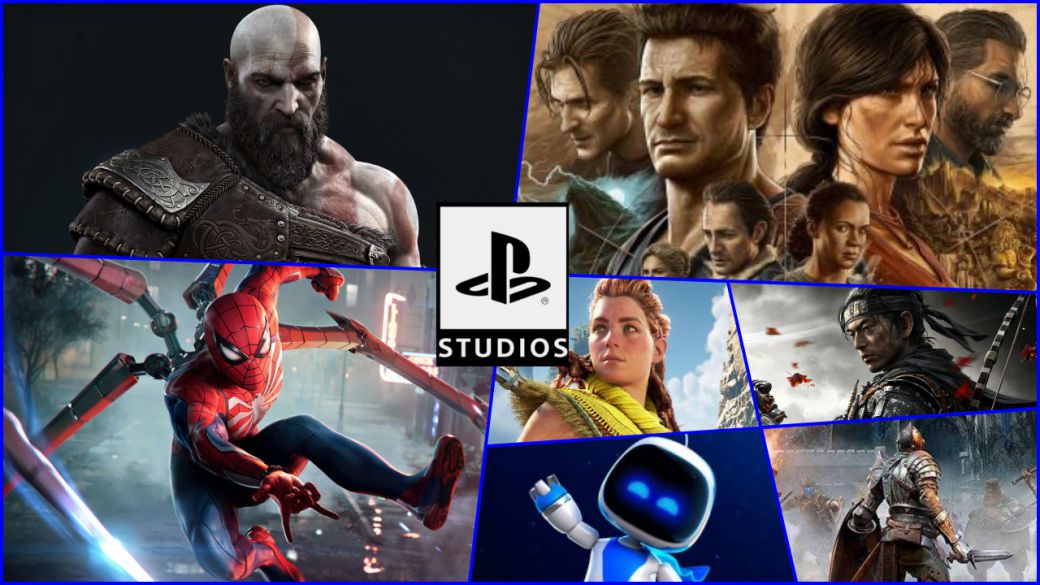 PlayStation Studios: with Bluepoint Games, these are Sony’s 16 in-house studios

The purchase of Bluepoint Games by PlayStation Studios, official since September 30, marks the fourth major acquisition by Sony Interactive Entertainment in 2021. Housemarque (Returnal), Nixxes Software (experts in ports for PC), Firesprite (experts in VR) and now those responsible for Uncharted: The Nathan Drake Collection, the remake of Shadow of the Colossus or Demon’s Souls for PS5 bring the total number of internal PlayStation teams to 16 teams. They will not stop here, but will continue to grow. Let’s review who they are and what they do.

Sony’s internal studio organization is united by the PlayStation Studios label, a diverse framework, with locations on several continents and with very different visions… although all with a shared philosophy. “PlayStation Studios is the thread that unites us all, with its strength and adventurous spirit; the passion to invent and reinvent; and the confidence to let imagination lead the way ”, they report on their official website.

In addition, the purchase of Bluepoint Games will not be the last, but they remain open to continue growing and expanding. This is where the video game industry seems to be determined, with large companies acquiring smaller or larger studios to strengthen their portfolios. If Xbox Game Studios now has 23 internal teams, PlayStation Studios continues to grow and raises that number to 16 development teams.

All internal teams at PlayStation Studios

Established as such in 2021. Responsible for Astro Bot: Rescue Mission and Astro’s Playroom. They work on a new original IP for all audiences.

More than 25 years of experience. Responsible for the recent Days Gone. They work on a new intellectual property.

After Killzone, they are known for Horizon Zero Dawn and the impending Horizon Forbidden West. Sony’s great power in Europe.

One of Sony’s British teams; with former employees of the former Studio Liverpool. Specialized in VR. One of the 2021 acquisitions.

The talented team behind Nex Machina, Resogun or Super Stardust VR. In 2021 they have signed one of the best rated video games of the year, Returnal.

Spyro the Dragon, Ratchet & Clank, Marvel’s Spider-Man… They are capable of working at the same time in numerous studios and, at the moment, one of the most lucrative teams for the company. They work on the sequel to tremamuros and in Marvel’s Wolverine (that we know of!). They were incorporated in 2019 for $ 229 million.

After numerous SingStars, his most recent works are EyePet, Wonderbook, PlayStation VR World and Blood & Truth.

LittleBigPlanet, Dreams, Tearaway… One of the most unique studios on PlayStation. Pure creativity, imagination, diversity, even within your offices. Any unexpected surprises will come from here.

Heavy weights. Best selling. Awards here and there. Crash Bandicoot, Jak & Daxter, Uncharted, The Last of Us. Presentations are unnecessary. They are working on The Last of Us Part 2 multiplayer and a future unannounced project. Winners of a The Game Awards in 2020.

Experts in computer console video game adaptations, to date they had worked closely with Crystal Dynamics and Eidos Interactive. Now they will for PlayStation. Main managers of future ports from PlayStation to computer?

The quintessential team of MLB The Show, the first PlayStation license to see the launch light on a third-party platform, Xbox Game Pass. Best sellers in the United States, they seem focused on their own. They also took care of ModNation Racers.

Santa Monica is synonymous with God of War: Ragnarok will arrive in 2022, but we know for a fact that they have another project in hand. Winners of a The Game Awards in 2018.

After two notable stints with Infamous and Sly Cooper (where are you, old friend?), Ghost of Tsushima has been a forceful blow, a fan favourite capable of selling millions of units. The public was delighted. Perhaps a sequel is the most logical thing for the future.

A young team, founded in 2014, willing to innovate and experiment with smaller works but greater scope for creativity. Concrete Genie is the best example of what they are capable of.

One of the oldest teams on PlayStation. Polyphone is synonymous with motorsports, Kazunori Yamauchi and, inevitably, Gran Turismo. The premiere of Gran Turismo 7 is postulated as the union of all the pieces from previous installments. The car RPG by definition.

As a bonus, although Sony has recently said that with Bluepoint the sum remains in 16 internal studies, we must also contemplate the figure of XDEV, which on the official website itself is included as that team that “collaborates with ambitious external studies all over the world.” However, they do not work on their own games.