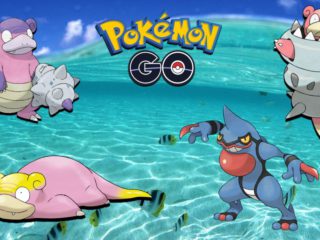 Niantic has confirmed the first event of the Season of Discoveries of Pokémon GO, which already has a first and last name: A discovery in slow motion. Focused on the figure of Slowpoke, the event will allow us to access Slowpoke de Galar, Mega-Slowbro Y Galar’s Slowbro, which will debut in Niantic’s game for iOS and Android in a few days. Let us know all the confirmed details.

The event A discovery in slow motion kicks off the next Tuesday, June 8, 2021 at 10:00 and will be active until Sunday, June 13, 2021 at 8:00 p.m. (local time) in Pokémon GO. It will be then when Slowpoke de Galar debuts, which will also allow us to make the debut of its evolution, Slowbro de Galar, if we meet the conditions.

Slowpoke de Galar premieres in Pokémon GO. To evolve it to Galar’s Slowbro We will need to catch 30 Poison-type Pokémon when it is our partner.

Regarding Slowking de Galar, the official blog reads as follows: “Slowking de Galar is taking his time to appear in Pokémon GO. You could even say that their arrival could be quite … slow. “