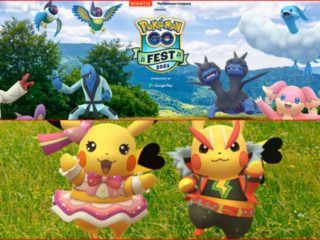 Niantic has offered all the details of the expected Pokémon GO Fest 2021. After a year 2020 marked by the pandemic, which prevented us from enjoying the annual meeting in person at the points initially contemplated, the company has revealed the end dates, ticket price, featured creatures, bonuses and rewards that we will find in this event, which seeks to commemorate both the fifth anniversary of Pokémon GO and the Pokémon 25th Anniversary.

Pokémon GO Fest 2021: when is it, how much it costs and what can we expect

The Pokémon GO Fest 2021 will take place on the days July 17 and 18. Two days where everyone – regardless of where we are – can enjoy an event full of activities, rewards and species from different habitats. All in one. In addition, a reduction in the price of tickets, which go from $ 14.99 to 5 dollars.

The experience of Pokémon GO Fest 2021 will vary depending on the day; the first we will have some Pokémon and activities, while in the second things will change so that we have reasons to participate in both days.

Global challenge with collection challenges, depending on the habitat. The following Pokémon will be attracted to incense:

The second day of Pokémon GO Fest 2021 will be held on July 18 from 10:00 a.m. to 6:00 p.m. local time. The gameplay will revolve around the raids; with returns of some of our favorite Pokémon. Additionally, all the Pokémon that appeared most frequently on Day 1 will appear again on Sunday during event hours. These are the rewards:

In addition, during both days all the Bait Modules will last three hours and we will need half the distance to hatch the Eggs are placed in an incubator during the hours of the event.