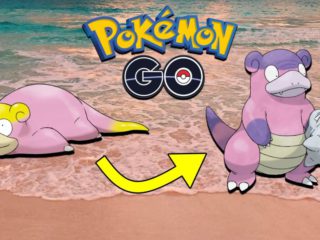 Pokémon GO temporarily starts the new event ‘A discovery in slow motion’, the first of the Season of Discoveries. For just a few days, players of the popular iOS and Android title can participate in a host of new activities, new field research, and a special raid boss rotation. Above all, the debut of Slowpoke de Galar, Galar’s regional version of the original Kanto creature. We tell you how to capture it and how to evolve it to Galar’s Slowbro.

How to get Galar’s Slowpoke in Pokémon GO

The event ‘A discovery in slow motion’ kicks off this Tuesday, June 8, 2021 at 10:00 and we can take advantage of it in Pokémon GO until Sunday, June 13, 2021 at 8:00 p.m. (local time). It will be then that Galar’s Slowpoke, Mega-Slowbro, and Galar’s Slowbro make their debut in the game and we are given the opportunity to participate in all the research missions and their rewards.

However, How can we get Slowpoke from Galar? We have several options.

How to evolve Slowpoke from Galar to Slowbro from Galar

Once we have our Galar Slowpoke ready, it will be necessary to meet certain conditions to evolve it to Galar Slowbro. According to the official information shared at the moment, this is the active method:

For the moment, Galar’s Slowking is not available in Pokémon GO. In case you have Kanto Slowpoke accumulated in your Pokémon bag and you want to evolve it to Slowking (instead of Slowbro) it takes 50 candies and one King’s rock, one of the items available as a reward in the event’s field research tasks A slow motion discovery. Slowking will also appear in three-star raids during this event.