Pokémon Unite: how to get Zeraora for free 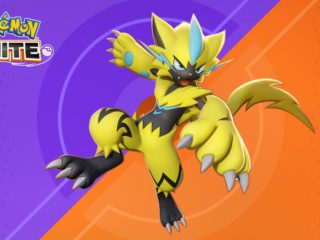 Pokémon Unite lands on Nintendo Switch. The MOBA based on the mythical license offers its followers a new free-to-play video game. In it you will fight by controlling your favorite Pokémon in 5v5 fighting. As part of the promotional campaign, we tell you how you can get a new face for your inventory for free.

How to get Zeraora for free in Pokémon Unite

Zeraora is the unique Pokémon chosen to be part of its launch promotion. You can receive it at no additional cost simply by logging into the game before August 31, 2021. That is, after downloading it, complete the registration, the tutorials and as soon as you land on the main menu it will appear.

“This unique Pokémon of Electric type he is fast as lightning, so he can corner and attack his opponents in the blink of an eye, inflicting great damage on them ”, explain those responsible on the official website. “His Unite Move (Unite movement) allows him to launch a super powerful electrical discharge that generates a zone of plasma around him.”

This piece is dedicated to the Nintendo Switch community. Therefore, players who want to join on iOS and Android devices should stay tuned for the next dates. We know that Zeraora will also be available for free, but it will not be part of the confirmed limited framework for the hybrid console.

There is an optional way to add it on mobile phones if you have received it on Nintendo Switch. If you log in with the same Nintendo or Pokémon Trainer Club account you will be able to cross the data, so your progress will be kept regardless of where you want to play it at the moment. This function will come later, as well as the one dedicated to mobiles.