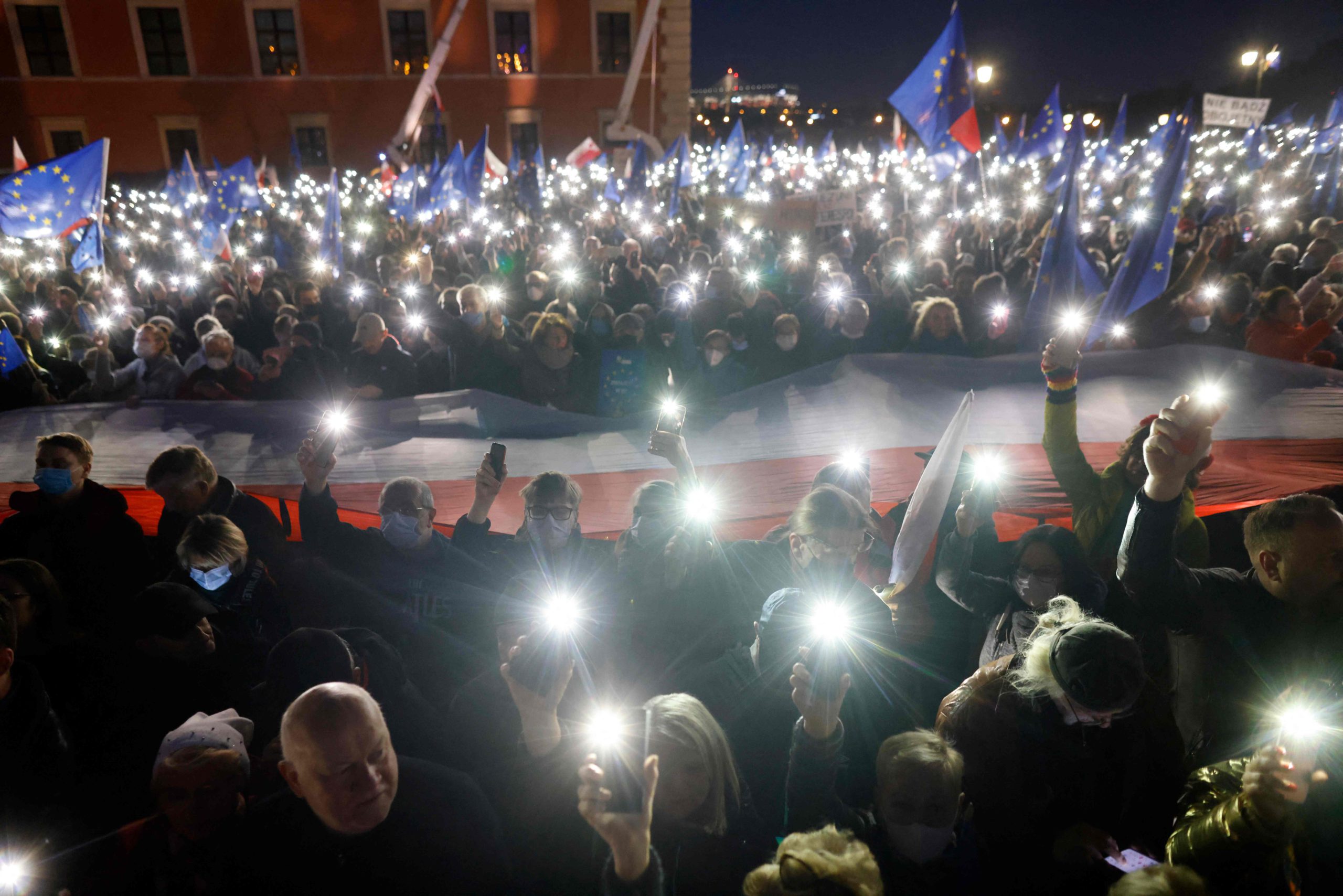 Poland: Poles against Poles: the fracture in the country that challenges Europe | International

A man who does not hide his homosexuality like Jakub Urbanik, professor and historian of law at the University of Warsaw, feels “excluded, not even a second-rate citizen”, in a country where the ultra-conservative government is flagging his homophobia. Karolina Pawlowska, director of the International Law Center of the think-tank Ordo Iuris, defends the traditional family and believes that the EU’s equality strategy stigmatizes women who do not want to work full time to take care of their children. They are the two Polonias: the one that wants to live with the values ​​and social rights of liberal Europe and the one that considers that the EU imposes a moral contrary to its traditional principles.

Since Jaroslaw Kaczynski’s ultra-conservative Freedom and Justice (PiS) party came to power in 2015, “polarization and emotional temperature have intensified,” says Aleks Szczerbiak, Professor of Politics at the University of Sussex. (United Kingdom). The Government has agitated issues such as abortion, gender equality, LGTBI rights and Poland’s relationship with Europe; and the division in society has increased.

“The biggest gap is between those who support the Government and those who do not,” two blocks that also correspond to social separation, says the expert on Polish politics. Those who vote for PiS tend to be older, with less education and income, live in rural areas or small cities, and are religious and traditionalists. From the political point of view, they are right-wing in social and cultural aspects, but more supporters of left-wing policies in the economic sphere (State intervention in the economy, social aid, etc.). Meanwhile, those who oppose the government live mostly in urban areas, have greater access to education and do better economically. They are more progressive morally and socially, but liberal economically, according to Szczerbiak.

The Undersecretary of State in the Polish Ministry of Foreign Affairs, Pawel Jablonski, agrees with this view. For him there is a “conflict between people with a better economic situation, who believe that they have had better education and are better prepared to decide how to develop the country and they despise others, those who live in the smaller cities, the poor ”. In a little room with gilded furniture in the old Foreign Ministry, he affirms, in reference to the liberal opposition, that it is difficult to find meeting points with those who look at them over their shoulders.

Among the issues that have created the most conflict in Poland in recent times, the Undersecretary of State points out the clash with Brussels. “There is a very strong debate on the relationship between European law and various decisions of the Court of Justice of the EU and the Constitutional Court,” he says calmly about the monumental conflict between Warsaw and Brussels over the Constitutional ruling that last week declared the prevalence of Polish law over European law. For the deputy minister, it is “if the European Union is just an organization of sovereign member states, or if it is actually a superstate that can impose whatever they decide in Brussels,” he says in Spanish.

Tens of thousands of Poles demonstrated last Sunday summoned by Civic Platform, the main opposition party, led by Donald Tusk, to defend a European Poland. Urbanik believes that in the Warsaw protest this polarization was palpable, turned into “hatred”, which runs through almost all aspects of the public debate between the followers of the Government and their opponents. “There were people who chanted ‘Fuck PiS.’ So there is no room for debate ”, laments the professor and LGTBI legal activist in his office on campus. “In the last decade and a half, the debate in Parliament has been brutalized,” he observes.

The media intensifies the division. “If you see the TVP news [la televisión pública] and those of TVN [privada]They are absolutely opposite; It seems that they are talking about two different countries ”, explains Szczerbiak from the United Kingdom.

Marcin Antosiewicz, a former TVP correspondent in London and Berlin, left that job in 2016. When reporting live on an attack in Munich, his bosses ordered him by the earpiece to say that the perpetrator was a refugee (when it was known that was a young German-Iranian) and that it was the fault of Angela Merkel’s asylum policy. He couldn’t handle the manipulation anymore. The journalist and university professor also tells that in family meetings or with friends he avoids talking about issues such as “the Church, LGTBI rights, women’s equality …”. “You have to think about what you say and to whom you say it, not because you are afraid as in dictatorships, but because of fear of losing connections,” he says sitting at the foot of the Palace of Justice, a vestige of the communist era.

However, Undersecretary of State Jablonski rejects that society in Poland is more fractured than in other countries, such as the United States. Neither does Pawlowska, who is also head of international relations at Collegium Intermarium – a new Polish private university with partners such as the Mathias Corvinus Collegium promoted by Viktor Orbán in Hungary or the Issep of Marion Maréchal-Le Pen in France. For her, the Polish polarization “is a reflection of the debates at the international level on crucial issues that have to do with values.”

Pawlowska, who rejects the label “ultra” for her university and its partners, says in a sweet and assertive voice that “people who are part of the LGTBI subculture have the same rights as any human being.” Like marriage and adoption? “Well … they have the right to marry someone, but of the other sex,” he answers. For Urbanik, this comment, which he has heard so many times, “could be funny, if it weren’t serious.” Polish society has two irreconcilable worldviews and the government has chosen to promote the one that is furthest away from liberal Europe.

A democracy with 30 years of history

In a country that has gone through World War II, the Holocaust, the Russian occupation, and the birth of the Solidarity union, journalist Marcin Antosiewicz thought that freedom and democracy could not go backwards in Poland, that they were “immunized” . Monika Platek, a professor of criminal law at the University of Warsaw and a feminist activist, nevertheless considers that a large part of the problems that divide the country stem from the fact that “it is a society with very limited and very fragile experience with democracy.” “Kaczynski and his allies build their politics on division, creating enemies; they use a narrative, with images and practices copied from fascist Germany, and they are very effective, ”he says.

The political scientist Artur Wroblewski, who used to participate in programs on public television, also believes that the deep division of the country is a matter of “immaturity” of the political system. “There have only been free elections for 30 years and we have older politicians who bring old hostilities,” he says. He also believes that the Government creates artificial debates, such as that of LGTBI rights. Wroblewski sees a “lack of leadership and talented politicians” in the country, which in his view will remain mired in the partisan divide until an alternative force emerges from the two camps. “The opposition is weak and that strengthens the government.”

Another factor that in his opinion creates a great fracture is the closeness between the Government and the Catholic Church, which he describes as a “toxic and unhealthy relationship”. In Poland, 90% of the population declares themselves Catholic, although 80% oppose the Church’s involvement in politics. But, according to Wroblewski, PiS’s most loyal voters are Catholics, and it is about mobilizing them at all costs.