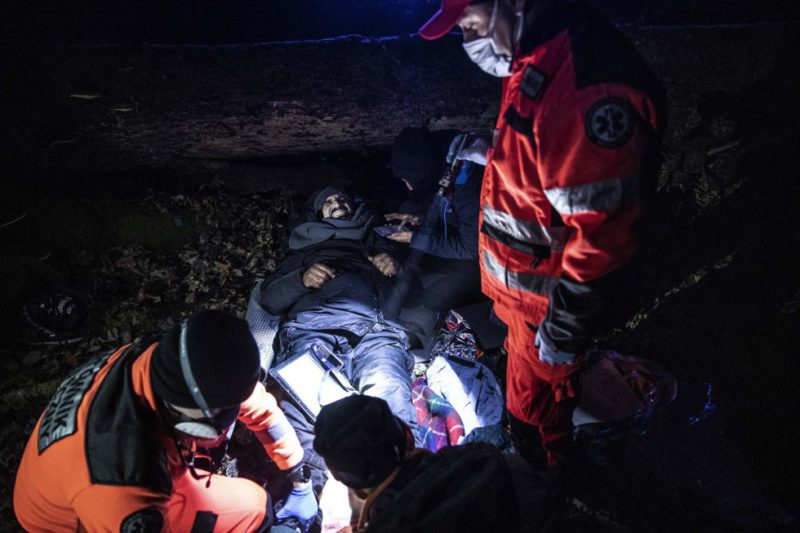 The Polish Senate has approved this Friday a reform to the Borders Law that will allow the Government to extend indefinitely the current restrictions on access of civilians to the border with Belarus without the need to declare a state of emergency. This veto only leaves out those who can demonstrate that they reside or work in the 187 Polish municipalities bordering the former Soviet republic, an exception that does not include journalists. The upper house of the Polish parliament has ruled out an amendment to the rule that proposed allowing informants to carry out their work in the region, through which thousands of migrants have passed through these weeks with the intention of entering the European Union.

The new legal text empowers the Polish Interior Minister to decide whether to prevent the access, movement and permanence of civilians on that border with the sole condition of a prior consultation with the commander of the Finance Guard. This procedure is considerably simpler, and with less political cost, than declaring and extending the state of emergency, until now in force in the area, and whose approval is also subject to the approval of the Polish president. The reform allows the Executive to circumvent the constitutional limitations to the indefinite maintenance of the state of emergency, a figure that the laws of the country consider exceptional.

Poland adopted a state of emergency on the border with neighboring Belarus on September 2, which allowed it to prevent journalists from entering the scene of the migration crisis. A month after its adoption, Warsaw extended the measure for a further two months. However, since the Polish Constitution does not allow a second consecutive extension of that state, the authorities of the country were now faced with the dilemma of imposing a new and third state of emergency in December, leaving a day of pause after finishing the extension for make it legal, or reform its legislation, as in the end it has happened. The Polish Minister of the Interior, Mariusz Kaminski, said days ago that his government had rejected declaring a third state of emergency because it would have given “an impression of discretion.”

Until now, a state of emergency had never been imposed in democratic Poland, but the wave of migration that, according to the European Union, has caused Belarus to destabilize the region led Warsaw to take this measure. According to Polish authorities, between Thursday and Friday 217 people tried to enter Polish territory illegally, almost all of them in the Czeremcha area, close to the border with Belarus.

The organization Human Rights Watch (HRW) released a report on Wednesday in which it collects dozens of testimonies from migrants who accuse the security forces and the Polish and Belarusian authorities of serious human rights violations that sometimes leave them “in danger of death ”. In this document, titled Die here or go to Poland, the organization documents not only how these two states have proceeded to return migrants to each other in violation of international asylum laws, but also, in the case of Poland, the common practice of separating members of migrant families.

This same Friday, the President of Belarus, Alexander Lukashenko, visited the area, specifically the reception center that is located in the vicinity of the Bruzgi border crossing. There he has met with a group of migrants. On the other side of the border, Polish guards guarding the Wedrzyn migrant reception center in western Poland reported a mass escape attempt by some inmates. Since the beginning of the year, the Polish Government claims to have registered more than 35,000 attempts at irregular entry through the Polish-Belarusian border. Poland plans to start construction of a wall on part of its border with Belarus in December, which will run 180 kilometers and measure 5.5 meters high. Its cost is estimated at about 320 million euros.