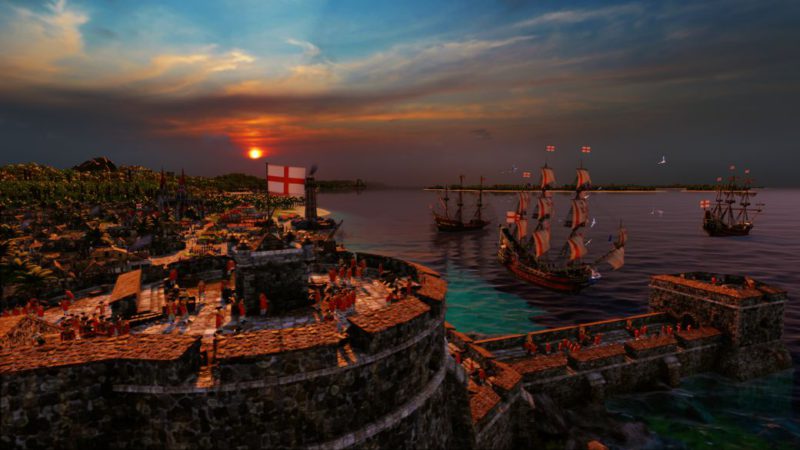 Port Royale 4, Kalypso Media’s trading simulator, will receive dedicated enhancements to next-generation systems. The next September, 10th It will debut on PS5 and Xbox Series X | S along with improvements in graphics and performance, as well as other elements. This is his reveal trailer.

Among the visual changes we can expect a boost in lighting and weather simulation. In fact, the editor explains in a press release that the clouds will be rendered in real time, which will increase the immersion in the environments of the seventeenth century. In addition, on PS5 and Xbox Series X it will increase the resolution up to 4K, while Xbox Series S aims at 1080p.

If you play Port Royale 4 on PS4 or Xbox One, you can transfer your game to the native version of the new consoles. If you have a copy of these versions you will receive the generational leap at no additional cost in the same ecosystem.

Getting to know Port Royale 4

For those who do not know what it is about, Port Royale 4 is the new installment of the long-lived simulation franchise. We will be able to embark on the fight for the supremacy of the Caribbean Sea during the seventeenth century, they manage colonial forces such as Spain, the Netherlands, France and England.

“It develops construction chains that connect with different islands and creates complete trade routes throughout the Caribbean Sea to meet the (ever-increasing) needs of the respective cities,” says the company in its official description in Steam. “Use the detailed maritime map to avoid stormy regions, cliffs and shallow waters. Complete the missions for the viceroy of your country and you will gain more fame with which you will unlock buildings for the city, ships and much more. Conquer the cities of rival countries or attack enemy ships with a letter of marque while keeping a close eye on pirates and other privateers ”.